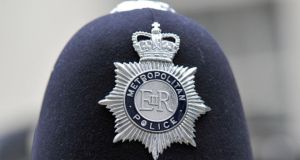 The Metropolitan Police said a team of specialist officers from its sexual offences, exploitation and child abuse command would probe allegations of “non-recent” crimes — but refused to say which clubs it was investigating.

It comes as clubs across the country have been implicated in a growing child sex abuse scandal gripping the sport, with Southampton facing the prospect of potential legal action by former youth players.

Detective Chief Superintendent Ivan Balhatchet said: “We take all the allegations we receive very seriously and they will be dealt with sensitively.

“Anyone who has been a victim of sexual abuse, whatever the circumstances, or has any relevant information should contact their local police or the NSPCC.”

There are 13 London-based clubs in the four professional English football leagues.

One of them, QPR, was drawn into the controversy on Tuesday.

The Championship club said it was aware of historical child abuse allegations involving former chief scout Chris Gieler, who died in 2004, and would co-operate with any investigations.

At the weekend Chelsea ”apologised profusely” to former striker Gary Johnson, who was sexually abused while a youth-team player in the 1970s.

One man has formally instructed a law firm after alleging that he was abused when he was a teenager training with Southampton’s youth set-up.

It is understood others who were part of the south-coast club’s youth system in the mid-1980s are also talking to Southampton-based BL Claims Solicitors about possibly representing them.

The unnamed man who has formally instructed the firm claims the first incident of abuse he suffered took place during a youth tournament in Sweden.

The disclosure of potential legal action came in the week that ex-Saints and England forward Matt Le Tissier told the BBC he was given a “very, very wrong” naked massage by a coach at Southampton.

Southampton have previously said they are “committed to working together” with Hampshire Police to investigate any historical child sex abuse allegations.

Solicitor Malcolm Johnson, of BL Claims, said: “The problem in the sports world is that child abusers thrive in an environment where children are scared to speak up for fear that they will lose their place in a team.

“At the time when these incidents are alleged to have occurred, child safeguarding regulations were also less stringent than they are today, making it easier for abuse to go undetected.

“Any perpetrators who are found guilty of abuse will have not only groomed and abused their victims in the most catastrophic way but also abused the trust of their families and the rest of the football community.”

The 46-year-old, who won gold at 800 metres and 1500m at the Athens Olympics in 2004, told ITV’s Good Morning Britain: “I absolutely believe it’s going to come out, probably in swimming, gymnastics, athletics.

“Because you hear those things done in the past, and I’ve heard of people that have said it, that are just friends or...

“Since this all came out to light, other people are now talking. I don’t think this is a closed door at the moment.”