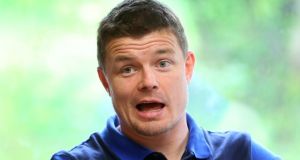 Such are the heightened tensions between the warring factions in European club rugby including now, it seems, the one-time Anglo-French axis, that leading figures in the French Federation (FFR) and Ligue Nationale de Rugby (LNR) are advocating a compromise Celt to fill the vacancy of president in the newly-formed EPCR (European Professional Club rugby), namely the unlikely figure of Brian O’Driscoll.

Eight weeks out from the first weekend of the new European competitions – the European Rugby Champions Cup and Challenge Cup – the absence of a president to replace Jean-Pierre Lux, is but one of many problems facing the fledgling EPCR. They have also still to elect a chairman of their board of directors, while the body’s director general, Jacques Pinaud, is based alone in the organisation’s de facto new offices in Neuchâtel, Switzerland.

Wary of the English clubs gaining too much power and control, the French want a non-Anglo compromise candidate as EPCR’s new president. Ideally wanting a recently-retired player, they regard the 141-times capped ex-Irish, Lions and Leinster captain O’Driscoll as the perfect fit.

Pierre Camus, president of the FFR, is believed to be particularly keen on this idea, as might be Rene Fontes, the LNR representative on the EPCR executive committee along with the other vice-presidents, Bruce Craig (PRL) and Paul McNaughton (Pro 12).

The latter would assuredly be well disposed to the idea of O’Driscoll as president, but the player himself assuredly would not be of a mind to become part of rugby’s political landscape. Apparently O’Driscoll has not been approached yet; besides which, his impending role as a pundit on BT Sport’s coverage of the new tournaments would assuredly be in conflict with such a role.

Eight weeks away from the onset of the new European and Challenge Cups, more pressing still is the absence of any television deal in France following the decision by the Autorité de la Concurrence, the French competition authority, to rule that the deal between LNR and Canal+ for coverage of the Top 14, worth €350 million over five years, was illegal.

Furthermore, although Heineken are expected to renew their association with Europe’s premier club competition, despite the much trumpeted announcement in mid-June that distribution giants X1X had won the tender process to sell commercial rights for the new tournaments, no commercial partners have been signed up.

1 Athletics Ireland agree to stage national championships
2 Ken Early: PSG would be sensible final move for Ronaldo
3 My sporting disappointment: Jimmy White and the elusive World Championship
4 Manchester United huff and puff their way into semi-finals
5 Rory McIlroy: Maybe I’m just not as good as I used to be
Real news has value SUBSCRIBE