Rugby’s proposed World League - all you need to know

What’s happening with the proposed new ’League of Nations’ and how will it impact on Irish rugby? 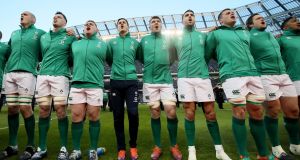 The best rugby players on the planet - with Johnny Sexton and All Blacks captain Kieran Read at the vanguard - have drawn a line in the sand over player welfare.

World Rugby, led by CEO Brett Gosper and Agustín Pichot, and seemingly supported by the IRFU, have agreed to ring-fence 12 teams (the Six Nations countrie, the Rugby Championship countries, Japan and the USA) into an aptly named ‘League of Nations’ tournament that will start in July with three games each and conclude in November (possibly December) with up to five test matches.

The Six Nations will remain untouched.

The primary concerns of a 40 strong International Rugby Players Council, led by Sexton and Read, who spoke via conference call Tuesday, is “player load” and “long haul travel in short time frames.”

Has the decision already made?

No, but it’s advanced enough to produce a united and angry player reaction. World Rugby are withholding “specifics whilst wider stakeholder consultation is ongoing.”

How would it impact Ireland’s schedule?

Ireland will no longer play a three test June series in one southern hemisphere region. Instead, they could be forced to hop from Buenos Aires to Tokyo to Cape Town on successive summer weekends. It will be three different opponents.

Have Fiji (ranked ninth in the world), Samoa and Tonga have been excluded while the lucrative US and Japanese markets are in?

That’s appears to be the case.

So, this effectively invites European clubs to openly plunder the Pacific Islands?

“For countries in this bracket and for Pacific Islanders in particular, our biggest issue has always been the ‘club versus country’ factor,” says Samoa captain Chris Vui. “We feel that that a 12-year deal is not workable, particularly when it presents no hope of advancement during that period. This will have the dangerous knock-on effect of luring senior players away from their countries and more towards the clubs, which is the exact opposite of what we’re all trying to achieve.”

“Locking the Pacific out of top flight international rugby for 12 years is like saying to clubs, ‘here’s your workforce,’” tweeted New Zealand journalist Scotty Stevenson. “Reminds me of something else particularly bad.”

This morning The Irish Times asked them the following questions:

It’s being reported that the 12 countries involved are supporting this move, does that include the IRFU?

If so, what are the benefits to Irish rugby?

What about concerns raised by Johnny Sexton over playing “five incredibly high level test matches in consecutive weeks in November”?

The response from Lansdowne Road: “The IRFU will always prioritise player welfare. We are aware of the concerns of players’ groups, and benefit from a good working relationship with representative bodies. We will continue to work with World Rugby to discuss all aspects of the game. However, it would be inappropriate to comment on rumour.”

They released a vague statement expressing “surprise” at the players stance, adding “It is important to note that some assumptions made in the statement regarding the proposed competition structure are inaccurate and that important matters such as playing load and emerging nation opportunities are at the heart of constructive dialogue on the overall concept.”

Is that a non-denial denial?

Sure is. Clouds the Sexton comment about “five incredibly high-level test matches in consecutive weeks” without saying it ain’t so. Not a word about USA being preferred to Fiji.

Wait, Pichot, despite being vice chairman of World Rugby, appears to have broken ranks?

The former Argentina scrumhalf, responding to questions on Twitter about the details of this move, says he wants the Pacific Island nations involved along with promotion and relegation. “(There are) many different interests. Still fighting...I will never support a league that doesn’t have a pathway for emerging Nations.”

Pichot added: “My position and my proposal has always been the same since day one. 12 (Tier One) and 12 (tier two nations) with promotion and relegation, with enough rest periods for the players. Nothing has been decided yet, and I doubt it will, I won’t stop trying. If we can’t make this happen it won’t be because of the people who wanted the growth of the game worldwide.”

Who is he fighting against?

We can only guess.

Not really. It happened before. In 2016 Gosper spoke to the media about the lack of “appetite” among member unions to change the three-year residency rule. Literally seconds later, Pichot contradicted his CEO: “I think it is wrong. Somebody will kill me but we need to change it.”

A five year residency rule is now in use.

An overhaul of test rugby has been in the works for some time?

Yes, and the global players body gave the plans a “cautious welcome” at the end of 2018 but they changed their tune dramatically this week when more information was revealed. They are concerned about World Rugby rushing through a competition in order to secure the best broadcast deal.

The “money driven weakened competition” that Read speaks about?

Yes. Players are being flogged like never before and, according to recently retired Lions and Wales captain Sam Warburton speaking on BT Sport, what’s happening behind closed doors at training is just as bad. So, heaping five straight test matches on top of each other in November, presumably with a December final, “shows no signs of improving this already difficult situation,” says England captain Owen Farrell.

If this goes ahead, what are the benefits to Irish rugby?

Money, money, money. World Rugby had to do something as the European club scene increases in importance year-on-year while test rugby outside the World Cup has become less relevant. WR notes that “consumer research confirms a structured annual competition would make fans and new audiences more likely to watch, attend and engage with international rugby” and a lucrative broadcast deal (the NZ Herald reports it being worth €6-8 million for each of the 12 nations) is on the table.

What about the British and Irish Lions?

The Lions are run by the four unions, who have reportedly agreed to this, so there will presumably be a shortened version of the World League when our mighty warriors join forces in that valiant search for immortality every four years. Don’t worry, the Lions generates far too much revenue to be abandoned but the window is already being squeezed for South Africa in 2021.

How does this impact the Champions Cup?

The EPCR are forced to condense its Pool fixtures in a World Cup year (for example, it starts next season in November). Their current format is confirmed until May 2022 so they may be forced to alter the schedule thereafter.