Rob Howley apologises for betting on Wales as he ‘battled demons’ 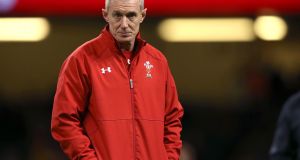 Rob Howley has apologised for breaching rugby union’s betting rules as he “battled his demons” following his sister’s death.

The former Wales and Lions attack was banned from the game for 18 months, with nine suspended, on Monday. An independent Welsh Rugby Union disciplinary panel found he had made 363 bets covering 1,163 rugby matches over a four-year period, including some on Wales. Two of the bets were on Wales players to score.

Howley, 49, who can suspension has been backdated to the day he was sent home from Wales’s World Cup campaign in Japan when the WRU launched an investigation into his betting activity, has said sorry to those affected by his gambling.

“I would like to take this opportunity to apologise to all those close to me and everyone this has affected, especially the rugby community, close colleagues and above all my family,” Howley said.

“I am an extremely private man, and unfortunately it was this that kept me silent as I battled my demons following my sister’s tragic death.

“The last few months have been immensely tough, and continued help will allow me to find the right path back to rugby which has always been my true passion. I am immensely grateful for the faith and support I’ve received from everybody close to me.”

Howley, who was said in the report to have used his work mobile and email to place bets, also underlined that the panel specifically highlighted his co-operation with the investigation and the fact that his gambling was personal and he did not pass information to anyone.

“I feel it is important for me to reiterate a number of the key facts that were highlighted and proven during the investigation: ‘Mr Howley acknowledged his breach of the regulation at the first available opportunity, that he has demonstrated deep felt and genuine remorse, that he has an exemplary character and an exemplary disciplinary record (both as a player and coach).

“‘There was no suggestion of dishonesty or misuse of confidential information involved.

“‘The fact that Mr Howley had sought help from a psychologist who had diagnosed that the trigger for Mr Howley’s recreational betting had been a family tragedy and that Mr Howley had refrained from betting since his suspension.’” – Guardian