Women’s team named ahead of Six Nations match against Scotland 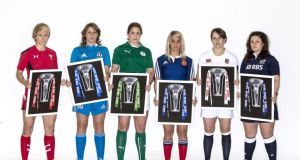 Lynne Cantwell is no longer the only Exile in the defending Six Nations starting XV. Ireland coach Philip Doyle has added Cantwell’s Richmond RFC teammate Jackie Shiels to a revamped back three that will also see Saracens winger Hannah Casey make her debut.

Having recovered from a wrist injury, fullback and usual place-kicker Niamh Briggs is among the replacements for Friday’s opening championship match against Scotland in Ashbourne (kick-off 7.30pm).

The repeat of last year’s Triple Crown clinching fixture, in a windswept outpost of Edinburgh, should provide a relatively comfortable opening challenge for Fiona Coghlan’s women.

Coghlan leads a pack that contains the majority of last year’s Grand Slam eight with Joy Neville’s retirement providing an opportunity for Heather O’Brien at number eight. The other change up front is at hooker where Stacey-Lea Kennedy usurps Gillian Bourke.

Doyle has also gone for the more experienced Amy Davis at scrumhalf ahead of Larissa Muldoon.

Otherwise, it is a familiar looking team with Jenny Murphy partnering Cantwell in a midfield that has a fine balance of power and creativity while Coghlan, allied by flankers Claire Molloy and Siobhan Fleming, should drive Ireland over the gainline.