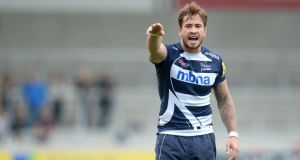 Danny Cipriani and Nick Easter have been included in England’s 25-man squad for their opening Six Nations match against Wales on Friday evening.

The pair were surprise inclusions in England’s 34-man training squad last month with Cipriani having not featured in a Six Nations game for seven years, while the veteran Easter (36) was called up for the first time since the 2011 Rugby World Cup, due to the broken leg sustained by Ben Morgan.

“Everyone named is fit and ready to go and we are looking forward to finalising our preparations over the next few days,” said Lancaster.

“While we have certain players unavailable through injury, it’s great to be able to welcome back guys who missed the QBE Internationals such as Dan Cole, Mako Vunipola and Tom Youngs.

“Their experience, alongside that of players like Tom Croft and Nick Easter, will be invaluable against a strong Welsh team.”

Northampton’s Stephen Myler, initially thought to be ahead of Cipriani in the pecking order, has missed out.

Lancaster will cut two players this morning when the squad will be reduced to 23.

1 Sky Sports customers set to save on bills until Premier League returns
2 ‘This is sick’ - seventh-tier Swedish club cancels friendly after betting mayhem
3 Gerry Thornley: Changes to tackle laws could transform rugby by time of next World Cup
4 Jack Grealish needs to show that his remorse is real this time
5 Tottenham give 550 non-playing staff a 20 per cent pay cut
Real news has value SUBSCRIBE