Ashleigh Baxter and Gillian Bourke get call for England clash 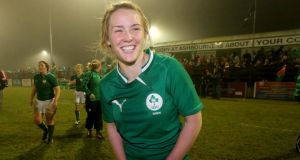 Ireland women’s head coach Philip Doyle has made two changes to the side that earned a hard fought victory against Wales last time out for Saturday evening’s Six Nations clash against England at Twickenham (6.20pm).

Both Casey and Kennedy will start from the bench, while the only other change to the matchday 23 sees Highfield’s Laura Guest come into the replacements in place of Paula Fitzpatrick.

Niamh Briggs and Larissa Muldoon who came into the side after the big opening round victory over Scotland are retained at fullback and scrumhalf respectively.

“The team showed great character to secure the win against Wales but they are in for a huge test this weekend facing England at Twickenham,” said Doyle as he plots the defence of the Grand Slam title. “ England will be smarting from last year’s defeat and are a quality side who have shown their power and skill already in this Championship.”

5 Rory McIlroy positive about his return to Bay Hill