Clarke to make his Connacht debut 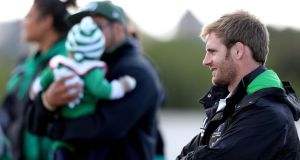 Hooker Jason Harris Wright will captain a Connacht team that includes Super 15 winning secondrow Craig Clarke, who will make his debut for the Irish Province in their friendly against the Newcastle Falcons at Kingstown Park tomorrow (3.0).

Fionn Carr switches to the fullback position while Tiernan O’Halloran is named on the right wing. A late injury has forced winger Matt Healy to withdraw from the squad and academy back Shane Layden will now start on the left wing. Conor Finn will form the centre partnership with last week’s try scorer Eoin Griffin.