All Blacks have points to prove in Dunedin 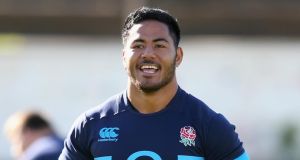 Next year’s World Cup is undoubtedly the underlying subtext of the second Test between New Zealand and England, although both sides have immediate points to prove when they face off at Otago Regional Stadium tomorrow.

The All Blacks, largely unchanged from the side that looked unconvincing in a last-gasp 20-15 win at Eden Park last week, have been given an opportunity to show a performance described by coach Steve Hansen as the worst in his tenure was a minor blip in their preparations for a successful world title defence.

Hansen remarked that one of the reasons why he had refused to make wholesale changes from last week’s team was because had he dropped everyone who played badly, he would not have been able to field a side!

“We shouldn’t lose sight of the fact we did win the Test but at the same time they’re very proud people who want to play a game we can all be proud of and last week we weren’t proud of our performance,” said Hansen.

“The guys were very disappointed with the way they played and... this week... there’s a lot more intensity and purpose about what we’ve done. There are not too many times All Black teams play poorly and don’t respond in some fashion.”

While England coach Stuart Lancaster said he had been pleased with Tuilagi’s acceptance of the new role, Hansen felt the move could be an opportunity to exploit, particularly if flyhalf Aaron Cruden’s kicking game is in sync with the All Blacks chasers.

“On the wing, he’s going to have to work,” Hansen added.

“Wing is a totally different position than centre in that he can go wherever he wants to go, but at the same time he’s got to have the energy to do that.”

England’s immediate goal is to demonstrate their rejigged team can challenge a virtually full-strength All Blacks side, who have now been together for two weeks and theoretically should have ironed out their performance issues in training.

A series-levelling victory by a team closer to his own ‘first-choice’ would also vindicate coach Stuart Lancaster’s World Cup plans, where he had openly said despite the strong performances from several players considered ‘second-string’ last week, they would likely have to make way in Dunedin.

“We knew selection for this Test was always going to be tough, with the players who played at Eden Park putting their hands up and those who watched from the stands,” Lancaster said.

“With the (midweek) Crusaders game coming up around the corner and the third Test in Hamilton, all our squad will get opportunities which will be great experience as we continue to develop our depth in the build up to the World Cup.”

All missed the first Test after arriving late in the country following the English club final.