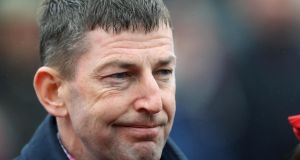 Co Meath trainer Gavin Cromwell is eyeing a trip to the Breeders’ Cup for Princess Yaiza following her big-race victory in France.

The three-year-old has run some tremendous races in defeat this term, perhaps most notably when third behind Sunday’s Arc runner-up Sea of Class in a Listed race at Newbury in June.

After being touched off in a Listed event at Galway on her penultimate start, Princess Yaiza was stepped up to Group Two level for the Qatar Prix de Royallieu at Paris Longchamp on Saturday and claimed a determined success in the hands of Andrea Atzeni.

Cromwell said: “It was a great day. It was a big ask, running her in a Group Two, so it was great to see her go and win.

“It definitely won’t be her last run of the year. She has an entry in the Italian Oaks, so there’s a small possibility she’ll go there, but I’d say it’s more likely she’ll go to the Breeders’ Cup.

“The Filly and Mare Turf is a mile and three furlongs this year, which will suit her. We’re looking into it. Her owner is American and is keen to go.

“We were delighted with how well she handled the good ground the other day. That opens up more options for us.”

Charlie Appleby hailed Hawkbill a “wonderful racehorse” after confirming his retirement from racing.

The five-year-old son of Kitten’s Joy won 10 of his 24 career starts, including two triumphs at the highest level.

He first struck Group One gold in the 2016 Coral-Eclipse at Sandown and was a dominant winner of this year’s Dubai Sheema Classic.

Appleby told godolphin.com: “He was a wonderful racehorse, who will be remembered for bringing Moulton Paddocks to the international stage.

“He was an ambassador for Godolphin, who gave everybody connected with him immense pleasure. He was hugely popular in the yard.

“Now, he is set to enjoy a well-deserved retirement.”

Hawkbill raced in six countries over four seasons and was last seen finishing down the field when favourite for the Northern Dancer Turf Stakes at Woodbine in Canada last month.