Racing relieved as budget increases funding by €3.2 million to €67.2 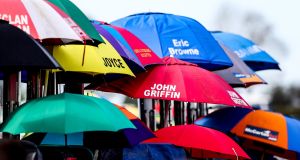 Irish racing will benefit by an extra €3.2 million after Tuesday’s budget, taking its allocation under the Horse & Greyhound Fund to €67.2 million for 2019.

Confirmation of the increase by the Department of Agriculture will be a relief to the sector after State funding was left unchanged at €64 million last year.

The decision by the Minister for Finance, Pascal Donohue, to increase betting tax from one per cent to two cent next was also good news for Horse Racing Ireland.

The body that governs Ireland’s bloodstock industry had been calling for such a move for some years on the basis of preventing the Government having to top up the Horse & Greyhound Fund.

However the betting tax increase has been described as “absolutely horrific” by the Irish Bookmakers Association, the representative body with a membership that includes over 700 of the 850 betting shops in Ireland.

It’s chief executive Sharon Byrne predicted the step will close 300 shops with the loss of 1,500 jobs.

“It’s absolutely horrific and it’s hitting hardest the little guys. 450 shops closed in the recession leaving just 200 of them and their shops are absolutely unviable at a two per cent turnover tax.

“There’s very few of them that will be left. They’ve put so much into surviving and then one single blow wipes them out. There’s no point in even trying, they’re just finished,” she said.

Byrne pointed out that the increase in betting tax must under legislation be borne by the operator rather than the punter.

“People say it’s only one per cent. But it’s one per cent on every bet and most of our bets are rehashed stakes.

“It’s not like any other business. It’s so unfair. It should be on profits, not turnover. If it was on profits they’d have a chance to trade,” Byrne said.

In his budget speech, Minister Donohoe also said the commission on exchanges will increase from 15 per cent to 25 per cent with the tax yield, which stood at €52 million last year, expected to double in 2020 when the first full of increased revenue is collected.

“We welcome the decision on betting tax. It’s something we’ve looked for over some time and it does create the basis for a long-term funding discussion,” he said. “We put in our pre-budget submission as normal, and funding for next year as well as a betting tax increase were what we were looking for.

“There are a lot of challenges for racing, particularly in relation to Brexit, and overall we would welcome the budget,” Kavanagh added.