Athletes are in a holding pattern, but there are ways to get the adrenaline rush of racing 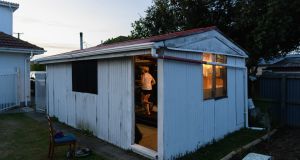 Most athletes are well used to killing time in the holding zone. Only this one feels like it’s never-ending: nearly three months in already, now suddenly laid up, back out, with no immediate hope of a return to live action.

Up to this point most people appear to have held themselves together; weighed things up, put things in perspective, and made the most of what they can and what they cannot do.

It’s always been the best possible approach for the athlete. Focus on what you can do, not what you can’t, as the negative is more likely to send even the most motivated person on a downward spiral. As long as you can do something, there is hope.

It’s often the mental turmoil that takes the greatest toll, when there is no purpose, no destination, and no race to be ready for. This is not just with the elite Olympic-level athletes, but anyone who has ever laced up their shoes and prepared for an event. We are all programmed to pick out a challenge and work towards that target, and give ourselves an extra reason to get up and out before the sun or late at night after work to clock up some miles before dinner.

Without any warning, my back was gone, no turning back, like a bolt of lightning

A bit like when an athlete is sick, there’s sometimes even more uncertainty, and more worry than being injured. There’s so often a template for injury: how much time is required, the treatment and exercises to help build the body back up stronger than it was before the injury. A map back becomes the new plan, and something to target to get you back to the point where you can restart and chase the next goal.

The only difference now is there are no intermediate checkpoints along the way; for many there is not even a final destination. It can definitely throw up many unanswerable questions, all very vague and ambiguous, as if looking out into the never-ending and unknown abyss.

None of this was helped when my week began with a back injury. Typically enough, it was simply the wrong manoeuvre, as I bent over in a strange way trying to lift out the bottom drawer of the freezer. Without any warning, my back was gone, no turning back, like a bolt of lightning, and any free movement was taken away from me.

Not only could I not go for a run or bike ride, I could hardly lace up my shoes without great difficulty.

I’ve been here before, so I know the drill, and the hardest thing is not just the loss of normal daily activity. Everything becomes a blur, and it takes time to go through the protocol of what to do, where to start. The simple lack of motivation is now the least of my worries.

All I can do is lie down on the floor – ice, heat, ibuprofen – and all I want to be is pain-free. Only when I get a message from my physical therapist do I start to make a plan, what can be done. I book in for an assessment but, before that, I know I must try something so I can provide some feedback, what I can and can’t do. I’m still thinking I can get out for a bike ride on Monday evening, but the nagging pain is telling me the opposite.

It’s like all these weeks of getting through the daily grind have been taken away in one small, awkward movement. In reality, it’s probably a build-up over time from so many different activities, and coupled with a little too much sitting down at home.

So on Tuesday were was no running, no dog-walking, no circuits, no gym session, no nothing. I can manage a few stretches and a few yoga moves before lying down again on the hot water bottle, but I can still only get my shoes on with great difficulty.

Eventually I decided to try a very leisurely walk, to see could I reach some level of smooth movement. I often need a podcast or something to distract me and, especially this time, something to help keep me out there for a reasonable amount of time to get some feedback.

I land on In Tom Crean’s Footsteps from the RTÉ Documentary on One podcast series. Clocking in at 39 minutes, it’s just enough time to see if I can warm up and get to a normal level of walking and be distracted enough not to think about turning back. This is the story of Antarctic explorer Tom Crean’s granddaughter Aileen Crean O’Brien, who in 2016 set about travelling thousands of miles to try to retrace her grandfather’s footsteps on the centenary of his original adventure.

It was a light relief to step outside my current predicament. There has to be some added purpose to what we do during the lockdown, which is why throughout the period I have organised four virtual events between athletes in Cobh and Melbourne. We started off with the Isolation 3km, then the Anzac Challenge, the Mother’s Day 5km and the Great Big 5km Virtual Challenge.

Ballymore Cobh AC, Cobh Triathlon Club, Mentone AC and Run with Ros all took part. It was a small-scale virtual race, there were results coming in all weekend, chasing PBs and scoring team points. It was more than I ever imagined, something that could be done across time zones, and a mathematical challenge to get the scores in and sorted by Monday morning.

This is not a year to sit back and hit cruise control. There still needs to be a few high performance spikes

There were reports of runners getting properly nervous, like before a race, and as the weeks went on it was becoming more competitive between runners, trying to get a faster time than others around them, and to represent their club as best they could. The excitement and satisfaction felt across the time zones created just the right level of motivation to make all the training worthwhile.

Now is the time Irish athletics need to step outside the box and try something equally creative, to do something rather than nothing. In Ireland there could easily be elite-level representative races, say regional track meets within the current restrictions, all on the same day, at the same time, and the results all collated at the end of the day.

This is not a year to sit back and hit cruise control. There still needs to be a few high performance spikes, to avoid losing the momentum of a track season, or a whole year out of racing. A time-trial behind closed doors is unlikely to generate the same adrenaline rush and satisfaction as an event which everyone knows about, and has some interest in. Athletes need to start thinking about racing for real again, even in a virtual world.