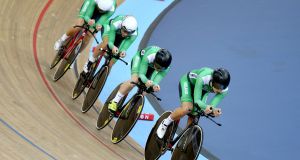 Sam Bennett’s goal of returning to the Tour de France and chasing stage wins has been made possible this week by the wildcard invitation extended to his Bora Argon 18 team.

Tour organisers ASO have announced the line-up of teams that will contest this year’s race. In addition to the 18 WorldTour teams entitled to take part under UCI rules, four wildcards were handed out. Bennett’s squad was one of those, securing such an invite for the third year in succession.

The Carrick-on-Suir rider made his debut in the event last year but was ill in the run-up to the Tour and also became sick during it. As a result he was unable to perform as well as he might.

Bennett has clocked up eight wins since turning professional at the start of the 2014 season. He is one of the fastest sprinters in the sport and is aiming to battle with the likes of Mark Cavendish, Marcel Kittel and Andre Greipel in the Tour.

The same is the case for Ryan Mullen’s Cannondale team, although it is unlikely he will be asked to ride the Tour in his first pro season.

In London, an Irish team is competing in the world track championships in the Olympic velodrome. Mel Spath got things off to a solid start on Wednesday, finishing seventh in the individual pursuit, while Felix English was 10th in the scratch race.

Spath was in action again yesterday, joining up with Caroline Ryan, Josie Knight and Lydia Boylan in the women’s team pursuit. The quartet covered the 4,000 metre distance in four minutes 32.127 seconds, a shade outside their personal best. This put them ninth in the competition and while they haven’t secured Olympic qualification, are encouraged by their progress.

Boylan then went in the women’s scratch race yesterday evening and finished in 20th place behind Britain’s Laura Trott.

Eoin Mullen and Felix English are in action today, competing in the sprint and points race respectively.

Ryan will bring the Irish campaign to an end tomorrow when she rides the women’s points race.