Places for Rio could come down to ‘gut feeling’ 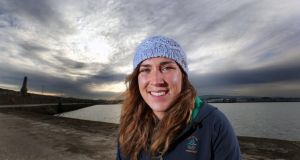 Annalise Murphy: improving performance in light air conditions is a must if Ireland is to improve on its 2012 result in Weymouth.Photograph: Dan Sheridan/Inpho

Irish sailing got three tickets to Rio thanks to the efforts of its London 2012 team at the ISAF World Sailing Championships at Santander, Spain last week but these are ‘country qualifications’ not sailor qualifications. The distinction is important because the Irish Sailing Association (ISA) has yet to publish its nomination rules for 2016.

With only one boat per class currently campaigning for the single place in the Women’s Laser Radial and the 49er skiff any rule might be moot given the incumbent’s recent world class performances but there are still two years to go to Rio, so however remote it may seem, there is always the prospect of new talent emerging.

A case in point is the men’s Laser – where there could be as many as three contenders for the single berth – so the sooner nomination rules are published the better.

According to team management, such criteria will “hopefully be published by the end of October” but depending on what is decided the sailors whose performance qualified Ireland last week may not be guaranteed nomination.

The selectors, who are members of the ISA’s Olympic Sailing Group under Chairman Colm Barrington, must have as their primary guiding factor the maximisation of Irish medal performances in 2016 and subsequent games.

The indications are Rio criteria will be similar to those for London but perhaps it is time for selectors to factor in more ‘gut feeling’ than statistics in determining the 2016 make-up?

While absolute results at major European or International Events, including World and Continental Championships, World Cup events and Eurosaf Events, provide a snapshot of current performance, they do not allow for trends, future development, physical aspects and the elements of grit and determination so vital to Olympic success.

The profile of an Olympic Sailing medal winner is a person who is mid-late 20s, has been to one or more games and is regularly in the top ten at major events. Ireland is fortunate to have sailors that fulfill that profile, but the selector’s eyes should be on 2020 and 2024 as much as 2016.

Early selection in the Laser Radial and 49er class should not be too hard a decision for the ISA. Unless there is significant competition to the Rio qualifiers already out there, then removing the uncertainty of a trial series can bring benefits to the performances of Annalise Murphy (24), Ryan Seaton (25) and Matt McGovern (27), allowing them to build a programme focusing on podium positions at major events. Funding, coaching and athlete needs support can be built around this model. In the case of Murphy, in particular, improving performance in light air conditions is a must if Ireland is to improve on its 2012 result in Weymouth.

In the 49erFX, selection probably has to await country qualification, but this should be a formality given the excellent display by Brewster and Tidey last week. Their performance may have inspired other young sailors to up their game and pose a challenge for them even late in 2015. So perhaps a wait and see approach would work here?

The real dilemma for selectors is probably in the men’s Laser class. James Espey (30) did Ireland a great service in qualifying the country at the first attempt. The selectors will be well aware that two years will make a difference to the development of younger sailors, suggesting that recent Youth World silver medalists Finn Lynch (18) and Seafra Guilfoyle (17) will come into the selection mix. Espey’s age and performance profile suggest, that while he could triumph in an unambiguous trials format, particularly if held sooner rather than later, selectors may decide Irish sailing might be better served by looking to the future, especially as the talent glass in this class is more than half full.

For better or worse, it looks certain an early or late selection date will have a big bearing on the 2016 team.