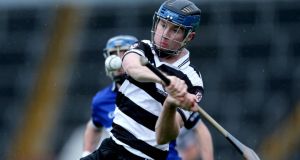 Onwards towards Christmas and the sorting of the All-Ireland club championships continues thick and fast. Few sports competitions offer such novel pairings as the provincial stages of the club contests. Tomorrow’s Munster hurling semi-final marks a reunion of the counties who contested September’s wonderful All-Ireland final but for the actual contestants it is a brand new place.

“The clubs met before,” John O’Meara, the Sixmilebridge manager says hazily. “In 1983. Midleton got the better of us that day. So we are looking forward to it.”

And there, in essence, is the most tantalising aspect of the club championship, when matches locked in the vaults and all but forgotten about are suddenly recalled when those clubs happen to emerge from their respective counties to cross paths decades later.

Fashions change, the game changes, some surnames remain the same. But the most startling advance, all but unimaginable when John Fenton led Midleton past Sixmilebridge and on to the Munster championship of 1983, is that Clare are the All-Ireland senior hurling champions.

Unstoppable momentum
The old game has never been on such a high in the Banner county and tomorrow Sixmilebridge travel down to Páirc Uí Chaoimh to try to extend the sense of Clare’s unstoppable momentum. For O’Meara, who served as Clare minor manager last year and is the Sixmilebridge manager this season, there has been little time to pause for thought. On Sunday last, they defeated neighbours Newmarket-on-Fergus to win the Clare title for the first time in 11 years. They only learned who they would be playing on the radio that night.

“We were solely focused on getting over the line at the weekend. It was only on Sunday evening we discovered who we would play. Cork had a good year from a county perspective as did Clare and I am sure both clubs want to carry that on. We know that going to Cork and getting a result is a hard task but we are looking forward to it and it often comes down to who gets the break. We won’t treat this Sunday any differently than the last couple of weeks.

“The players enjoyed themselves on the evening of the final but by Monday we were thinking of Midleton straight away. This is Sixmilebridge’s eleventh venture into Munster club territory and we were fortunate enough to win three titles from those 11 journeys and we will be doing our utmost to see if we can make it four.”

Twenty weeks
A cursory look at Sixmilebridge’s stop-start calendar reflects Clare’s mad and glorious summer of hurling. They played their first round on May 18th. Then the club had a break of 20 weeks. When they played again in early October, Clare were All-Ireland Under-21 and senior champions. Sixmilebridge have been playing for seven consecutive Sundays.

“The games have been coming thick and fast for us. But is has worked out,” says O’Meara.

Midleton, too, have had their season defined by the All-Ireland senior championship. Two weeks ago, the local headlines fizzed with Conor Lehane’s exploits against Sarsfields in the Cork county final, when he scored 2-10 (2-07 from play) in the team’s 2-15 to 2-13 victory.

Winning that match was the culmination of a patient process by Midleton. Peter Smith, the senior coach, was minor manager when they won the 2010 championship after a long lapse and the club won the under-21 the following season. This is Smith’s second season as senior manager and they achieved their goal of winning a Cork senior championship to end a 22-year wait.

The input of Lehane and his Cork team-mate Luke Farrell was vital and made up for the fact that the club had to do without their services for most of the summer.

“Well, we basically had zero access to ’em,” laughs Smith. “And had a few arguments along the way with a few county representatives but that is all right too. I was a bit worried about them coming back too.

“But when Conor came back, I think he had the realisation that that was the stage he needed to be on. He was obviously disappointed not to win the All-Ireland but I think he came back with something extra in his locker and we saw that on county final day.

“Luke obviously took a couple of knocks with being taken off in the All-Ireland final but he showed his character by turning up in the last ten minutes and getting those big scores. We did fairly well in the league without them so we did discover new players – Brian Hartnett and Patrick O’Mahony were on the Cork panel as well so we lost those but it meant that we discovered a few new players along the way.”

Smith had just broken into the team when Midleton last felt the blood-rush of a winning season when they took county honours in 1991. He profers one reason for the club’s failure to win a county championship for so long. “We forgot about the younger teams. We had won three minors and two under-21s at that time and it all seemed so easy. But the finger was taken off the pulse.”

Exceptional team
But he also believes clubs of Midleton’s size can only have certain periods when they have a chance to prosper. “Take Newtownshandrum: they came along with an exceptional team and had their time. Unless you are a really big club – like Glen or the Barrs or the Rockies it is hard to keep it going.”

In retrospect, the Midleton team of that late 1980s was an exceptionally gifted team. John Fenton, now club treasurer, was the sorcerer-in-chief but the 1980s Midleton sides also had Kevin Hennessy, Pat and John Hartnett and Denis Mulcahy. Smith experienced the highs of winning with those players and the difficulties involved when, one by one, they retired and the club slowly fell to earth again. Even now, he has an ambivalent attitude about the legacy of that period

“It is a two-fold discussion. We would have had fierce hang -ups when the boys left that we were under pressure to emulate them. This current side . . . most of them weren’t born so they would just see a couple of videos or something like that.

“They don’t have any hang-ups but they do appreciate the history. It was a bit difficult during the barren times because it was always referred to.

“Every year I turned up I felt we had a chance of winning a county but you do get those periods if you are not a big club. We are fourth in titles won behind Glen, the Barrs and Rockies so when we get our chance we normally do take it.”

Sixmilebridge needed to take their chance this year. And just as Lehane had a day-of-days in the Cork showpiece, the Clare county final was defined by a hurler most associated with Clare’s last golden era, Niall Gilligan. His 1-6 for the champions was a throwback and a riposte to the general belief that Gaelic Games has become a young man’s racket.

“He managed the under-21 team as well this year which won the championship” says O’Meara. “So those younger guys would look up to him: to be doing what he is doing at 37 is immense.”

It’s simplistic to suggest that tomorrow’s game will become a shoot-out between Gilligan and Lehane. But in persuading Lehane to shoulder the free-taking duties, Peter Smith invited him to accept that he was the marquee player on his side.

“Those players tend to be on the frees. John Fenton took frees for us. We had Conor since minor and he is an undoubted talent. And the way he has handled himself over the past ten days is reassuring – he can handle the attention and the man of the match awards and that.”

Sixmilebridge selectors have been mugging up on Midleton all week. Leaving Cork city with a win is a major task. But nothing seems impossible for Clare hurling right now.

“I’d say both teams feel they have a good chance,” says Smith. That’s the strange greatness of the club scene: you can become the fiercest of rivals for just a handful of Sundays in a lifetime.