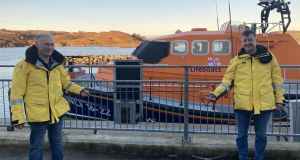 The recent report of five outboard engines stolen from a shed near the shore at Gortmore on the western side of Lough Mask since Christmas comes as a stark reminder of the importance for extra vigilance as preparations get under way for the new season.

Last year we were informed of double-figure theft of outboard engines and boats from in and around inshore lakes. In a recent appeal, Garda Síochána has asked lakeside and coastal communities for help to tackle crime along waterways.

Operation Dualgas is part of a coastal watch strategy, aiming to work with communities in gathering intelligence about suspicious activity. Extra patrols will be put in place to identify routes used by criminals.

“By working with State agencies, local communities who suffer when amenities are abused can help to collectively detect and prevent criminality” Mr Glacken said.

A farmer from Beaufort, Co Kerry, has been convicted and fined €3,300 plus costs at Cahirciveen District Court following a prosecution taken by Inland Fisheries Ireland (IFI).

Judge David Waters convicted the farmer under section 173 (d) of the Fisheries Consolidation Act 1959 for carrying out works in the Gaddagh river which damaged sensitive spawning beds.

While a charge of obstruction was struck out, the judge commented that he could not ignore the defendant’s behaviour when considering the appropriate penalty.

The Gaddagh river, a tributary of the river Laune and in a Special Area of Conservation, is an important spawning habitat for Atlantic salmon, a species protected under Irish and European law.

An inspection carried out by fisheries staff discovered substantial amounts of spawning gravel removed from the river and stock-piled along a 250m section of bank. Heavy machinery tracks were recorded across the riverbed, the protected spawning gravels and on both banks.

The engine of a tracked earth mover at the site was hot when discovered but the driver could not be located. The scene was described in court as a “working site”.

Sean Long, director of the South Western River Basin District, said: “We urge all landowners to take responsible action and to contact their advisers or IFI before carrying out any works that may damage watercourses on or adjacent to their land.”

With more than four decades of dedicated service with the RNLI, 2020 marked the end of an era for Kieran Cotter as he retired as coxswain of the Baltimore Lifeboat.

During his 45 years at the station he received multiple awards for his role in many rescues.

Most notably, perhaps, was the dramatic rescue of the 1979 Fastnet Race which, at the time, was the biggest operation since the second World War.

In 1991, he was awarded the bronze medal for gallantry and the Maud Smith award for the bravest act of life saving following the 26-hour rescue of the fishing vessel the Japonica and her 15 crew.

Recognition was also forthcoming from the Swiss embassy for outstanding bravery and commitment shown during the rescue of Swiss nationals in hazardous conditions and from the US Congress for the rescue of the crew of Rambler during the 2011 Fastnet Yacht Race.

Many changes occurred during his time including delivery of four classes of all-weather lifeboats and reconstruction of the station and pen at Bull Point to accommodate the current Alan Massey Tamar Class all-weather and Rita Daphne Smyth Atlantic 85 inshore lifeboats.

Tom Bushe, Baltimore RNLI operations manager, said: “Kieran is leaving the Alan Massey and her crew in good hands, with second coxswain Aidan Bushe now taking over the role as station coxswain. In these times of social distancing [we] are sadly unable to give Kieran the send-off he deserves, but we look forward to celebrating with him sometime in the future.”

5 Solskjaer angry at referees, other managers and Chelsea website

Liverpool break Ramsdale’s resistance at Bramall Lane 21:34
Solskjaer angry at referees, other managers and Chelsea website 21:24
Leinster punish Glasgow’s ill discipline with bonus point win 20:33
TV View: No need to feel sorry for England, but if it was any other team 20:15
New GAA president delivers on gender promise in first committees 19:34