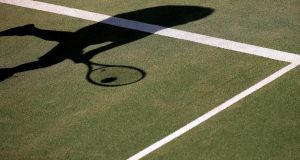 A number of clubs have sought information on how the Tennis Ireland selection process for the new chief executive position was conducted. Photograph: Inpho

The ongoing move from Irish tennis clubs to seek detailed information on a selection process for the chief executive’s job in Tennis Ireland has not abated. The top position was awarded to a former FAI executive Richard Fahey, who will begin in the post on January 9th.

However a number of clubs as well as the unsuccessful candidate Dave Miley, have sought information on how the selection process was conducted.

A Freedom of Information request for the details of how the interviews were marked has been issued and a request has been made for the Labour Relations Commission to become involved.

In tandem, a number of clubs have agreed to call for an egm if their requests for information about the process are not met by Tennis Ireland. Ten per cent of the Tennis Ireland membership is needed to call an egm, which the group claims to have.

The group also says that nine clubs recently wrote letters to Tennis Ireland asking up to 12 questions on a range of issues from questions asked at the interview, score sheets, the process and if there were external influences.

They claim they did not seek information about the individual candidates, thus avoiding confidentiality issues. The letters were sent two weeks ago but the clubs say they have not received a response.

A Tennis Ireland spokesperson said: “We have responded to the letters sent by the clubs. We have no comment to make on an egm being called by the clubs.”

If an egm is called, the Tennis Ireland board have 21 days to set a date for it to take place, which could be eight weeks later meaning an egm could be two or three months down the line.

“The entire Davis Cup team supports this. There is a need to understand how the board came to this decision,” said an executive member of a senior club.

“We have reached out to all the clubs in Ireland because this is about the future of the game in Ireland for the next 10 or 20 years.”

Mr Fahey was an executive in the Football Association of Ireland (FAI), who worked closed with FAI CEO, John Delaney. He was closely associated with developing grass roots football in Ireland.