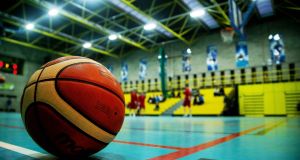 A thrilling weekend of Hula Hoops National Cup action has teed up an exciting Cork derby for the Women’s semi-finals in January as both Singleton SuperValu Brunell and holders Glanmire came out on top in their respective games.

For Brunell, their win over NUIG Mystics was all the more sweeter as it was their first win of the season so far this year, and head coach Francis O’Sullivan was happy to report a full and fit team for action this afternoon.

“I’m relieved and delighted to get the win, it’s a long time coming,” he admitted. “That’s the team we’ll hopefully have now for the rest of the season - we’d everybody on the floor today. There’ll be no more excuses from here on in. Hopefully we’ll be more competitive now in the games and pick up another few wins and of course, we’re excited to be in the next round of the cup with a big local derby against Glanmire to look forward to.”

Elsewhere, there was a nerve-wracking finish in Clontarf as with just 20 seconds to go, DCU Mercy took the lead (60-62) against Pyrobel Killester and added another basket to seal victory in the dying seconds, while in the final quarter-final of the weekend, Courtyard Liffey Celtics booked their spot in the semi-final with a 52-60 win over Portlaoise Panthers in a very closely fought game.

Commercial.ie Éanna meanwhile are celebrating a hard-fought win in the Men’s Super League this weekend, as they overcame Belfast Star 63-67, with an in-form Aidan Dunne bagging 22 points for his side.

“I’m delighted with the team performance,” said Éanna head coach Mick Thompson. “The lads showed great determination to close out and win the game. We knew Star were in good form, and now we will continue to work hard and try to improve a little bit more each week.”

It was another close one for UCC Demons meanwhile, as they lost out by just one point in Cork against Pyrobel Killester while, despite the best efforts of Trae Pemberton of Tralee Warriors who netted a whopping 40 points on Sunday afternoon, Griffith Swords Thunder ran out winners over the Kerry team 87-80 in the end.