Shane Lowry: All my eggs are going in the Ryder Cup basket

If Darren Clarke picked me, I feel I would perform. I certainly know I’m good enough 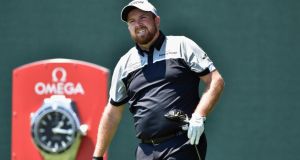 Shane Lowry has changed his tournament schedule to give himself a better chance of making the European team for the Ryder Cup. Photograph: Stuart Franklin/Getty Images

Qualifying for, and hopefully playing in, the Ryder Cup means so much to me that I have ripped up my tournament schedule for the next month and made a completely new one. It means that I’ve decided not to play in the Barclays Championship, the first of the FedEx Cup playoffs. Instead I have added to my itinerary the Wyndham Championship on the PGA Tour and the Made In Denmark tournament on the European Tour.

I haven’t made this decision lightly. But I’ve decided that making the Ryder Cup team at Hazeltine is my priority.

Some might see it as a drastic measure but I see it as showing captain Darren Clarke just how much the Ryder Cup means to me.

After missing the cut in the PGA at Baltusrol, I had a good sit-down with my caddie Dermot Byrne and my coach Neil Manchip. I also talked to my manager Conor Ridge.

The way I felt on Friday was like my season was over.

I’d felt the PGA was going to give me a good chance of making the Ryder Cup team. If I’m not in selected it will be hard to take, so I had a few hard decisions to make. And I’ve made them.

I’m playing in the Travelers Championship this week and then the Wyndham Championship in two weeks’ time. Finally, it’s on to Made In Denmark, which is the final qualifying tournament for the European Ryder Cup team.

Look, I know I still have a chance of making the European team outright. But I’m now also giving Darren and the lads something to think about when they sit down to pick wild cards. That’s my thinking on the whole thing.

Will Darren pick a rookie? I don’t know. But I don’t see myself as a rookie in those terms. I’ve talked to players who’ve played and they say it’s the hardest place in the world to be. But everyone has to be a rookie at some stage in their career. I personally don’t feel I’d be treated as a rookie: I’m playing on the PGA Tour, I’ve won over here in the States, and almost won the US Open.

I know you can put a lot of its and buts into the equation but I feel if I did get to play in the Ryder Cup I would perform and do well.

Do I think I’m good enough? Of course. I’m as good as anyone. That’s how I think. The team has almost picked itself at the minute and I’m just off the pace and I want to give Darren and his vice-captains something to think about. It means so much to me, and that’s why I’m going to Denmark instead of the Barclays.

I was obviously disappointed after missing the cut at the PGA; things didn’t go to plan but that’s the way golf goes.

I’m looking now forward to the Travelers. I got tickets for the Carl Frampton fight – a friend of a friend set us up – and actually got to meet him in New York on Sunday. It was nice to be able to congratulate someone like that.

It was great to see Pádraig Harrington play so well in the PGA. I was talking with him the other day and I told him his up-and-down out of the bunker on the seventh was one of the great shots I’d seen, that he really had those stare eyes going.

He still knows he can do it and obviously I’d like to wish Pádraig and Séamus Power, and Leona Maguire and Stephanie Meadow the very best in Rio.

I told Pádraig I think he can medal down there. The Olympics probably means more to him than anyone going there, to win a medal would be massive for him.

I drove up to Connecticut on Monday and was due to play a practice round with Pádraig on Tuesday. However, he took the kids to Legoland instead.

It’s probably the first half-day Ronan Flood’s had off in 25 years! I played some holes and played the pro-am and I like the course.

I think something in the mid-teens under-par will probably win, lots of birdies with a few tough, long holes.

I had a good chat with my team in the past few days. It’s almost like the Majors are behind, and it’s time to kick on for the rest of the season.

I’ve been hard on myself of late and talking myself down a little bit too much. I need to keep going now and not only talk about going to do it– but going and doing it as well.