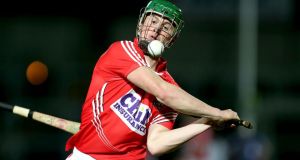 MUNSTER SHC QUARTER-FINAL Waterford v Cork Semple Stadium, 4pm Live RTÉ 2 Having finally endured relegation from Division One A of the league, Waterford could have done with a more upbeat run-in to the championship than the loss of so many first-choice players.

Nonetheless the county goes into this with nothing to lose, as few expect them to survive tomorrow’s initial outing against last year’s defeated All-Ireland finalists.

There is better new for Derek McGrath’s team in the timely return to form of the team’s three most consistent and experienced players, Noel Connors, Kevin Moran and Michael Walsh. Although the latter two are named in familiar positions at centrefield and centre back respectively, they are expected to swap roles for the match.

In the more recent past Waterford’s difficulties have always centred more on being able to compete up front than at the back and although Jake Dillon, after a top-class Fitzgibbon Cup in the spring, and Shane Walsh, a proven goal scorer, are ready to play, the overall impact hasn’t been helped by the other injuries. No-win situation Cork are in a no-win situation here. A big win against such weakened opponents generally ends up being viewed as somewhat unseemly rather than a statement of strength whereas any evidence of difficulty in getting through tomorrow will be seen as disappointing.

Having worked on defence – in the light of generous goal concessions and with last year’s most effective man marker Brian Murphy now retired – Jimmy Barry-Murphy starts Mark Ellis, an imposing athletic hurler, who stood out in the Fitzgibbon Cup for Cork IT.

The spine of the team in general has been adjusted with Damien Cahalane named at full back and his fellow dual player Aidan Walsh coming in for a much-anticipated senior championship debut after his eye-catching display for the under-21s a couple of years ago.

At first senior hurling didn’t work out to great effect but considering he was finding his feet and adjusting to the game at senior level while also juggling an ongoing football career, there was never likely to be many dazzles in the spring.

Given time to work on his game, Walsh has reportedly improved and worked on the vulnerability to getting blocked down while at the same time getting more from his ability in the air and athleticism. Mission of survival Séamus Harnedy, the find of last year, is moved closer to goal at full forward and will play beside newcomer Alan Cadogan, whose recent form has been too good to ignore.

This is likely to be a mission of survival for Waterford for all their experience and the quality of some of the younger players, such as Austin Gleeson.

Cork on the other hand need to hit a championship stride after a mediocre league campaign at the end of which they were fortunate to be promoted. Their concerns will be longer-term, as JBM and management try to find the improvement necessary to move the extra step on from last year.

Injuries: Almost easier to name who’s fit for Waterford. Derek McGrath’s team would probably be 50 per cent different were it not for the extreme injury list – plus one suspension – with Stephen Daniels, Philip O’Mahony, Maurice Shanahan, Stephen Molumphy, Darragh Fives, Jamie Barron all unavailable. Cork are waiting for Luke O’Farrell to recover from a shoulder operation and Eoin Cadogan’s torn hamstring to heal.

Suspension: Waterford’s Shane O’Sullivan decided against taking his case to the DRA against a suspension picked up in the league and misses out today.

New date for Tokyo Olympics could be decided this week 09:01
Police investigating after Jack Grealish is pictured at a road incident 08:43
Ken Early on finishing the Premier League season, favourite sporting moments 08:03
New Zealand Rugby forced to cancel lower tier competitions 07:20
Harry Kane: I won’t stay at Tottenham ‘for the sake of it’ 07:39
Crossword Get access to over 6,000 interactive crosswords