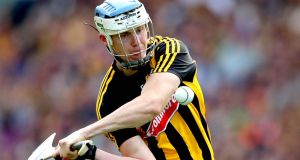 This first quarter-final between the counties in six years will shed light on a couple of interesting issues. It is the first test of the relative merits of the Munster and Leinster championships, bringing together the runners-up in the latter and the third-placed in the former.

Last year Munster won comprehensively not because Limerick were far ahead of Kilkenny – the quarter-final went straight down to the wire – but because they kicked on to win the All-Ireland. As it happened both of the Munster finalists were beaten at the semi-final stage.

For all of their shortcomings – injuries, poor judgement calls et cetera – Kilkenny have been robust in their last three championship defeats, going down by an average of two points. Can that be said about Cork’s defeats this season? Both the opening-day meltdown against Tipperary and the finale in an Ennis monsoon were not impressive, and whereas Kilkenny had the best defensive record in Leinster, Cork’s in Munster was worse than anyone’s except the abject Waterford.

This tells a tale about both teams. Cork’s defensive woes and frantic fixes have been compensated for by a fast and productive front eight, whereas Kilkenny are extremely reliant on TJ Reid to make things happen. His Ballyhale club-mates Adrian Mullen and Colin Fennelly have the potential to share the load and have done so to an extent, but with Richie Hogan hitherto confined to minutes, it’s safe to say that Kilkenny have lacked top-end menace except when Reid is on the rampage and even when that happened against Galway, Micheál Donoghue’s men found a way.

The best guess at Cork’s strategy is that Eoin Cadogan may be given a man marking detail on the Kilkenny captain but, regardless, this will be a critical match-up for Cork manager John Meyler.

Yet the clichéd view remains the most plausible. Patrick Horgan, Séamus Harnedy and Alan Cadogan firing on all cylinders looks the most plausible game breaker on either side. Historically, Cork flair against Kilkenny resolve hasn’t always been a recipe for success but it’s the obvious choice on this weekend’s menu.

A first Croke Park championship meeting for the counties since the 1949 All-Ireland final. The immense scale of their achievement against Dublin moves Laois into shark-infested waters. Their composure in never allowing their opponents to get a foothold in last week’s match will be hard to replicate here against a Tipperary team with greater firepower and less likely to shoot the 17 wides that helped to unhinge Dublin.

For Tipp the need is to get back on the bike after losing balance spectacularly in the Munster final when previous strengths sagged alarmingly and on that display will offer great encouragement to Eddie Brennan’s team.

Improvement will be needed, and it won’t be enough to trust the fast track of Croke Park and some lively forward movement to take care of everything because Laois were also impressive doing just that in the McDonagh Cup final.

Yet ultimately Tipperary’s likely bounce back from the Gaelic Grounds nightmare and the toll on Laois of a third big match in as many weeks is going to send the match in a predictable direction.