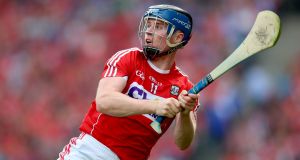 The change to the championship format will place new demands on players this summer, but, as Cork forward Conor Lehane points out, they had to beat three of the other four teams in Munster to win the provincial title last season.

Those wins over Tipperary, Waterford and Clare in the final secured a second Munster championship medal for the Midleton sharpshooter, and he can’t wait for the summer of action to kick off in a few weeks.

But it’s a measure of how much Cork have turned to youth in recent seasons that Lehane, heading into his eighth championship campaign even though he is only 25, can only point to a couple of players who are there longer than him in the Rebels’ squad.

“You have to have young fellas coming through each season and hopefully we will have a few more this year. It keeps everyone on their toes.

“The change in the structure this year means that the depth in the squad will be more important than ever when you have matches nearly every week.”

Lehane, speaking at Bandon GAA grounds in Cork to launch the GAA Super Games Centre in partnership with Sky Sports, said players are supportive of the new championship structure.

“Definitely, everyone wants to play more games and there will be less training. Training is great but after a while you can only train so much.

“When you look back on the amount of matches you actually play compared to when a bit younger, when there was hardly any training – back then it was just match, match, match.”

Lehane said that Cork’s All-Ireland semi-final loss to Waterford has not dominated their thoughts during the winter, but they are keen to build on the progress they made last summer.

“The Waterford game hasn’t been mentioned that much, not really. It was very disappointing really. We had three good games under our belt.

“That’s how cruel sport it and how frustrating it can be. Obviously, the few weeks after were very tough, on the sporting side of it. During the winter you bring up what we needed to do so it wouldn’t happen again, and then work on that.

From a crowd point of view, it’s brilliant because you genuinely don’t know what’s going to happen. Anybody could do it

“In terms of the game itself you wouldn’t look at it too much. It is in the past, so you just take what you can from it to make sure it doesn’t happen again,” added Lehane, who works for AIB at Little Island in Cork.

His first Munster championship medal in 2013 saw them progress to the All-Ireland final, only to go down to Clare in a replay, and, having not tasted underage success with Cork, he would love to go all the way at senior level.

And Lehane believes that this is the most open championship he has faced into, with several counties, including Cork, with genuine aspirations of lifting the Liam MacCarthy Cup in August.

“From a crowd point of view, it’s brilliant because you genuinely don’t know what’s going to happen. Anybody could do it. Everyone is capable of beating someone else on the day but it’s purely on the day.

“You look at Kilkenny. People were talking about their decline but you see them in the league final again, there is no stopping them. They are always there.

“Look at Leinster alone, Galway, Dublin, Wexford, Kilkenny all in contention. In Munster, two from Tipperary, Waterford, Limerick, Clare and us will not progress. It’s crazy, you really have to take it bit by bit, but that’s what’s going to make it a brilliant year. I can’t wait for it to start.”

Cork will begin the defence of their Munster title at home to Clare on May 20th, then face Tipperary in Semple Stadium the following week before hosting Limerick six days later. They will then have a free weekend for taking on Waterford in Semple Stadium.

Lehane said that the transition to selector John Meyler taking over as manager from Kieran Kingston last autumn was smooth and, while they weren’t happy with their league showing, they learned a lot from that campaign, even if they needed a win over Waterford in a relegation play-off to ensure their top flight status.

The league is about getting yourself as ready as you can. It’s the closest thing you will get to the championship

“We were all familiar with John. It was obviously going to be some bit different because a couple of the lads left last year. But we are very familiar with them so in terms of transition it wouldn’t have been anything major.

“We had a good start and a good finish to the league, but throughout it we kind of fell down. I know there were fellas missing, new fellas on trying to gel together a bit. I wouldn’t look into it heavily.

“But when it comes to certain games where we fell down, the Wexford game especially, in the last few minutes we just took the pedal off the gas a bit. In general, we lost fairly close games. They weren’t hammering by any means.

“The league is about getting yourself as ready as you can. It’s the closest thing you will get to the championship. I am glad we won the relegation play-off but you always want to play in the quarter-final and semi-final because they are closer and closer to championships games. You want to play as many of them as you can. That’s just the way it went.

“Championship is always a different kettle of fish. You never really know what is going to happen. The teams are so close, it’s scary to think about it, but sure that’s what has us all looking forward to it as well. Hopefully, it will be a great summer,” added Lehane.

Conor Lehane was speaking at Bandon GAA Grounds in Cork to launch the GAA Super Games Centre in partnership with Sky Sports.

1 Ireland boss Stephen Kenny: ‘I’ll do things my own way. Put it that way’
2 Masters Meltdowns: How even Major winners wilt under Augusta’s intense spotlight
3 Andrew Conway diary: Nailing the wheelie bin challenge on the double
4 My favourite sporting moment: When Ireland rocked Kingston and rolled Pakistan
5 Damian Browne: To the ends of the Earth in search of the ‘savage warrior spirit’
Real news has value SUBSCRIBE

Ireland boss Stephen Kenny: ‘I’ll do things my own way. Put it that way’ 06:00
Mickey Graham calls for some clarity from GAA on championship plans 06:00
Welcome to my world: Brendan Boyce walks on as everyone else joins in 06:00
Masters Meltdowns: How even Major winners wilt under Augusta’s intense spotlight 06:00
Whole new ball game: Hats, scarves, facemasks - An Ulster final like no other 06:00
Crossword Get access to over 6,000 interactive crosswords