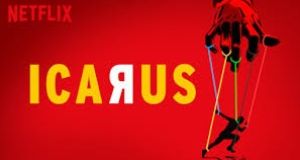 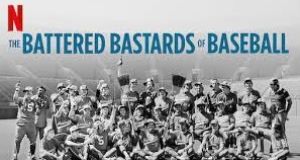 You don’t have to be a baseball fan to enjoy this 2014 documentary. 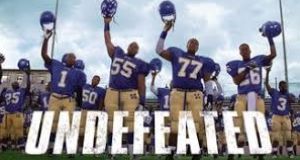 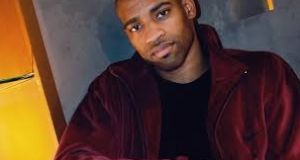 Vince Carter is a documentary about , the high-flying, slam-dunking former Toronto Raptors star who earned the nickname Air Canada. 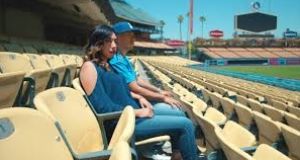 The Long Shot: Jacob La Mendola’s documentary slowly teases out how an episode of Curb Your Enthusiasm managed to change the course of a potential murder trial.

Bryan Fogel’s 2018 Oscar-winning documentary about Russia’s Olympic doping program was originally supposed to expose the drug testing process but instead morphed into something a great deal bigger.

It shone a light on the Kremlin’s state-sponsored cheating. With the co-operation of Russian doctor Grigory Rodchenkov, the now former director of Russia’s anti-doping laboratory, Fogel is shown how to take performance enhancing drugs that will evade detection.

The two become friends and Rodchenkov revealed that he oversaw a state -sponsored Olympic programme and shines a light on the 2014 Winter Olympics in Sochi where the Russian provides hard evidence of how dirty urine samples were switched for clean ones.

The International Olympic committee (IOC) and World Anti-Doping Agency (Wada) investigated and substantiated his claims (McLaren Report). Rodchenkov received death threats and is in protective custody in the USA. Icarus is a documentary that plays like a legal thriller.

The Battered Bastards of Baseball

This is the tale of Minor league baseball side the Portland Mavericks during the mid 1970s. The team featured future actor Kurt Russell, was managed by his father Bing Russell, also an actor and a former New York Yankees mascot and the cast includes Jim Bouton who was seeking a comeback at the time after his Major League tell-all essentially forced his retirement. You don’t have to be a baseball fan to enjoy this 2014 documentary.

There are plenty of American football documentaries from the excellent ‘Last Chance U,’ which has just completed its fourth season – it’s highly addictive especially when it comes to the corrosive personalities a couple of central characters in Buddy Stephens, coach of EMCC College (season one and two) and Jason Brown, head coach ICC (seasons three and four).

The third season of QB1: Beyond the Lights focuses on three new high school quarterbacks who are among the best in America and are being pursued by a host of colleges. It shines a light on coaches, team-mates and family. But the one we have chosen is the Oscar-winning documentary Undefeated which follows the Manassas Tigers high school football team.

New head coach Bill Courtney tried to turn around a losing culture as the Tigers, from an economically disadvantaged area of Memphis, strive for glory both on and off the pitch.

It’s a documentary about Vince Carter, ‘the high-flying, slam-dunking former Toronto Raptors star who earned the nickname Air Canada. This 2017 profile of ‘Vinsanity’ follows the career of the basketball All-Star, still playing at age 42, featuring interviews with his contemporaries like Steve Nash and Tracy McGrady, along with noted Raptors fan, Drake.

Juan Catalan was arrested in August 2003 for the murder of 16-year-old Martha Puebla. Jacob La Mendola’s documentary slowly teases out how an episode of Curb Your Enthusiasm managed to change the course of a potential murder trial.

We see the soft-spoken Catalan present day, and see him in court in 2003. We hear audio of his interrogation by two LAPD officers. Catalan maintains his innocence, claiming that he was at a Los Angeles Dodgers baseball match with his daughter. However he’s been identified in a line-up by a witness and detectives seem to be satisfied with that.

In season four episode ‘The Carpool Lane, ’ series creator and star Larry David picks up a sex worker so he can use the carpool lane and get to a Dodgers game on time. David and his crew were randomly placed in Catalan’s section that day, and La Mendola’s interviews with production assistants, David, and cast members helps the film zoom in, quite literally.

Catalan and his daughter are spotted in the footage taken by the crew and the murder case against him disintegrates.

The only disappointing aspect is that there is no real update on Catalan’s life today. He did file a lawsuit but it feels that it would be worth revisiting his life to catch up on how he’s faring today.

1 Andy Farrell hands Billy Burns first Ireland start against Georgia
2 ‘God is dead’: The world’s front pages remember Diego Maradona
3 Keith Duggan: Through the glories and the disgraces, we were all Maradona addicts
4 GAA Statistics: Can Cavan and Thomas Galligan beat Dublin with the long kickout?
5 Diego Maradona dies of heart attack, aged 60
Real news has value SUBSCRIBE
Here is your handy guide to sport on television this week