If introduced to Ireland, auto enrolment would be the latest in a number of initiatives designed to bring more people under the pension umbrella and boost retirement savings 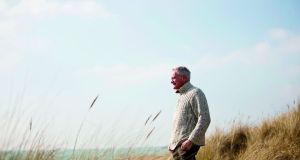 Rose Leonard: “The aim is that every worker would have an opportunity to be in a pension scheme. Most other countries have some kind of auto enrolment initiative, including the UK, Australia, New Zealand and the US.” Photograph: Zurich

Auto enrolment for pensions might seem like a radically new idea but in fact, it’s not new at all.The idea behind auto enrolment is that every worker would automatically be enrolled in a pension scheme by their employer. Driven by a mounting need to boost pension coverage, the thinking is that it’s more effective to let people opt out of a pension, rather than continue hoping they will opt in.

Certainly, this has already proved to be the case in countries such as Australia and the UK. It hit the headlines here in the past year when Taoiseach, Leo Varadkar, back when he was minister for social protection, said he was in favour of a universal retirement scheme whereby members were automatically enrolled. The Taoiseach returned to this subject in September when speaking to the employers' group IBEC, where he reiterated his proposal to introduce automatic enrolment as part of the Government's national pension plan.

But the fact is, you only have to go back half a generation to find that whole swathes of workers were – and indeed many still are – effectively "auto enrolled" in the occupational pension scheme run by their employer.

“When I started out, anyone getting a job in a bank, an insurance company or a big employer would automatically be enrolled in the occupational pension scheme,” says Rose Leonard, head of distribution and customer relationship management at Zurich Life.

Today, the idea is that auto enrolment will be aimed at those employers that don’t have an occupational pension scheme or, if they do, for those employees who, for a variety of eligibility reasons – such as, perhaps age or length of service – aren’t in it.

“The aim is that every worker would have an opportunity to be in a pension scheme. Most other countries have some kind of auto enrolment initiative, including the UK, Australia, New Zealand and the US,” says Leonard.These are proving highly effective at bringing people under the pension umbrella – retirement savings being the epitome of the ‘rainy day fund’.

If introduced, it would be just the latest in a number of initiatives designed to boost retirement savings in Ireland. These began with changes introduced by Pensions Acts in the early 1990s which introduced greater flexibility in relation to annuities. More recently the advent of personal retirement savings accounts (PRSAs) have allowed for greater portability of a pension from job to job.

“Unfortunately, PRSAs weren’t successful in so far as they  did not increase the number of people saving overall,” says Leonard.

“Public sector workers are auto enrolled and, indeed, in our parents’ generation auto enrolment was effectively the norm. In those days, when the job for life was prevalent, people would often have 40 years’ service with the one employer,” says Leonard. In the private sector, today’s workforce entrants, from Millennials down, are typically characterised by mobility and job change, often with gaps in service in between.

The notion of the ‘permanent and pensionable’ job was itself retired and, with the loss of the ‘job for life’, increasingly unobtainable.

“People’s mindsets changed,” says Leonard. “Before, our parents would have told us to go for the good, secure, pensionable job. Now employees are more mobile, and an unintended consequence of that is that no one is thinking long term about financial provision for retirement.”

Equally, “years ago, 40 years of service was the norm. Now people talk about retiring earlier, sometimes in their 50s rather than at 65. But they are more likely to start later too. It could be your mid 20s before you are out of college, whereas in previous generations it wouldn’t have been unusual to go in to employment at 16.”

This may explain why, according to Central Statistics Office household survey figures for 2015, pension coverage here is actually falling. It indicates that nearly half of all workers across public and private sectors (47 per cent) had a pension in Q4 2015 - down from 54 per cent in Q1 2008. The recession no doubt took a toll, discouraging people from starting a pension. In other cases it may have encouraged those who were eligible, to clear out their pension pots, particularly if they were made redundant and aged over 50.

For the two thirds of private sector workers who have no pension provision at all, things are particularly bleak, with the State pension best described as a safety net against poverty.

And, with an estimated 17,000 more people depending on the State pension each year thanks to our ageing population, it is unlikely to be sustained in relative terms even at its current rate.

In the meantime, people are living longer. “If you’re 55 now, you’ve a very good chance of living well into your eighties,” says Leonard. How to fund more years in retirement, with less years in employment, is the vexed question. Auto enrolment may be the answer.

Certainly, overseas experience is overwhelmingly positive. According to the OECD Pensions Outlook 2016, Australia has had compulsory schemes for decades, with the result that today 71 per cent of people over 15, and 85 per cent of people aged 25 to 54 have pension coverage.

“The UK, which is closest to us in terms of pension coverage, introduced auto enrolment in 2012, and it is estimated to have brought in an additional six million people into the pensions net there since then. What’s more, opt out rates are low, at less than 10 per cent, even among the youngest, most mobile workers,” says Leonard.

In Ireland the idea seems to be finding support. A recent poll by Taxback.com, which provides global tax filing and refund services, found that 84 per cent of respondents to a survey of 800 Irish tax payers backed the idea. Employers are generally supportive too, says Leonard, who is out meeting them every day: “There is good will towards it.”

All that is required now is the political will to introduce it.

In order to help provide for your retirement, starting a pension is one of the smartest financial decisions you can make. When choosing a pension, having all the information you need is key. Sound advice is invaluable, so it's a good idea to seek advice from a financial broker or advisor. Talk to your company’s scheme advisor or an independent financial advisor who will guide you through the process and help you select the right pension plan for your circumstances. You can find a local financial advisor near you with the Zurich Advisor Finder. Alternatively, Zurich’s Financial Planning Team can provide you with more information about Zurich's pension plans and options.

Rose Leonard is head of distribution and customer relationship management at Zurich Life.