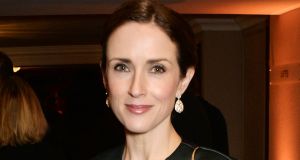 Maia Dunphy: There is no end to the conversations that can be had on this subject and there are countless angles from which to approach them. Photograph: Getty Images

Using the word ‘journey’ in relation to an experience rather than the act of travelling from one place to another has long been a bugbear of mine. But I have revised my thinking whilst working on the “Let’s Talk About Fertility” campaign, having heard it used so frequently by people who have undergone or are undergoing fertility treatment. To some, it really does feel like a journey, and one that whatever the outcome, leaves them in a very different landscape than the one in which they began.

For others it was a literal journey, as they travelled to foreign clinics, desperate for one more roll of the dice after coming to the end of the line with treatments closer to home.

Others again felt they were on a road less travelled, wishing they could have taken the well-worn path most of their peers appeared to be on. But what I have found out is that in reality, the road less travelled is busier than any of us realised.

An astonishing one in six couples will experience fertility issues in their lives, but many are not talking about it, and going through the physical, emotional and financial pressures in silence. They were on that quiet road too, but tip-toeing so as not to leave any footprints. I hope projects and series such as this one will help to break down the taboo of infertility; I’m not sure if “taboo” is even the right word, but it certainly is something that we need to talk about more openly, having seen the effect it can have on so many lives. Maybe it’s because fertility treatments are still relatively new; or perhaps it’s a fear of failure or not knowing how to tell friends, family or colleagues.

I have enjoyed meeting so many articulate, interesting and formidable people over the last month whilst working on this project. Enjoy isn’t really a word one would associate with the trials, tears and tribulations of fertility treatment, but meeting people who make you want to change things or start to do things better is always a good thing.

There is no end to the conversations that can be had on this subject and there are countless angles from which to approach them: the medical, the practical, the emotional, the financial. One of the recurring issues that cropped up was that of support and the importance thereof. Couples going through fertility treatments spoke of how all-consuming and life-changing it was, and that it was very easy to feel alone or for someone to say the wrong thing. So what are the right things to say? How do we support someone going through a grueling and invasive treatment that might not end in the way they are hoping? The answers were simple – “don’t do nothing”. Don’t cross the road or avoid them. Ask what you can do. Ask if they need anything. Ask if there is any way you can help. And then ask all of these things again.

Humour was important to many of the people I spoke to. Finding light amidst the darkness was difficult, but most of them found it. Be it the undeniable hilarity of running to a clinic keeping a small jar of sperm warm under an armpit, or a curt nurse informing a man that they “don’t do magazines” in the retrieval rooms. Or relying on friends for distraction and fun, to remind them that the world was still turning.

I expected that only those who already had some experience - direct or indirect- of fertility issues would tune in to the podcasts and read these articles, but I was astonished by the number of people who had found them, apropos of nothing. They told me how they had never really thought about it (and why would they), and that they had had no idea of how it affected so many people - some of whom they no doubt knew well.

People can get lost in this trauma. Love can get lost. Things can get broken. Sometimes the outcome is wondrous and a much-longed for child is finally here. But in other cases, when no more can be done because it is no longer physically or financially possible, I heard it many times compared to a bereavement.

We are Irish and we know how to deal with grief. We’re good at it. We talk about it, we hug, we knock on doors, we light candles, we pray, we share food and drink and support each other. If we could understand the similarities and apply some of the same rules to this new discussion, we might find it makes a huge difference. This is still new territory to many of us, but hopefully with more conversations like this, the road will not only be better travelled, but also far less lonely.

For more on this series see irishtimes.com/fertility

Vhi has partnered with The Irish Times to host an online Fertility Hub, with articles and podcasts about planning a family and what to do if you need help.