How Irish companies can stay competitive whatever happens with Brexit 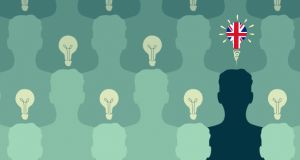 The labour market is constantly reshaping and a bad Brexit would accelerate the shift away from agriculture to ICT, finance and medtech services. Photograph: iStock

Ireland’s labour market is strong, albeit with glaring talent shortages.

Many economic figures are pointing in the right direction: unemployment is down, consumer confidence is growing, wages are rising and investments are increasing. Although retention is an issue for many companies, the increased churn in the labour market is a sign of confidence.

There are, of course, sectors faring much better than others, and vast, sweeping statements should be avoided. Information and computing technology is a prime example of this: we are now home to the majority of leading global ICT and technology employers, such as Intel, IBM, Microsoft and Apple. According to Sigmar’s Salary Survey, wage growth in ICT is predicted at an average of 9 per cent in 2019. As an economy we have managed to transform from largely agricultural to the second largest exporter of computer and IT services in the world. Additionally, global macro stimuli and pressures have been in our favour so far. Low interest rates, political stability and international trade trends have all been positive for Ireland. But as a small open economy, we are exposed to shocks.

While we can expect to maintain some advantages – interest rates look like they will remain low due to weak European growth and Ireland’s positive growth forecasts – we do face some possible economic shocks from Brexit. Manufacturing, agriculture and UK exports have already taken some of the hit. Sterling’s continued weakness has forced many exporters to look at new markets. It offers some optimism as we gain from increased foreign direct investment, but the point remains: we do not know where the next shocks or surprises will take us.

From a recruitment perspective uncertainty means indecision, which leads to hiring less. Undoubtedly, in a bad Brexit scenario – with the Central Bank calculating a 4 per cent hit on growth – permanent recruitment would be affected. Sigmar Recruitment predicts an increase in temporary and contract hiring as companies navigate the uncertainty.

How Brexit would affect the economy is not equal. Larger companies can afford to take a longer-term focus. Mom-and-pop-style companies, small family-owned firms with small business volume, can bootstrap quickly. There is potential for medium-sized companies to be caught out. Investment decisions may feel riskier post-Brexit for these companies, which may lead to a paralysis of sorts in invesment circles. The food and drink, manufacturing, freight and retail sectors would fare worst.

However, a bad Brexit scenario can be a good time to hire if you have visibility, due to less competition. For those more fearful, taking a longer-term view and hiring people at a more junior level could help alleviate fears. Alternatively, staff could be hired on a temporary basis.

The labour market is constantly reshaping and a bad Brexit would accelerate the shift away from agriculture to ICT, finance and medtech services. Even in a worst-case scenario we would still be under-staffed in sectors such as construction and nursing, leaving options for those looking to transfer their skillsets.

In the context of the current growth of job vacancies in the economy, a drop of 20 per cent would be minor. More worrying is its impact on specific sectors.

Attracting and retaining talent continues to be a top priority for most businesses, as there are labour shortages in many sectors.

Sigmar’s advice to clients is to always maximise the size of the talent pool. There are many ways to do this, even while approaching full employment.

Sourcing skills from outside Europe is one way to achieve this. While it takes about a month longer and the delays can be frustrating – over 10,000 visas were issued last year with a large majority for the ICT sector – it is predicted that this will expand across under-staffed sectors, including construction.

Another way to maximise the talent pool is by promoting more family friendly and/or flexible hours to get “inactive workers” back into employment. Irish women over the age of 35 have one of the lowest labour force participation rates in Europe. The potential economic benefit of getting some of them back to work is significant. While it is a choice for many to take time out, others are forced out by high childcare costs. Sigmar estimates that about 30 per cent of jobs have some sort of flexible arrangement; be it short days, weeks, remote, flexitime or flexible hours. We know that employers are inclined to be flexible to retain staff, but only around 6 per cent of vacancies offer flexibility. Employers are missing a trick here. By offering family or lifestyle friendly hours you can increase the potential talent pool and face less competion.

Companies that are diverse find it easier to recruit

Companies should embrace diversity for many reasons; including having a bigger pool of talent to choose from, as well as the business benefitting from new ideas. If they are looking to sell to new markets, then a diverse workforce will help them. As a bonus, companies that are diverse find it easier to recruit.

Older workers should not be overlooked. For the last two centuries, life expectancy has increased by around three years every decade – according to the authors of The 100-Year Life, Lynda Gratton and Andrew Scott. This is pushing many to extend their working years. As we live longer and healthier lives many will not want to retire at 65. There are many benefits to older workers, especially if your company markets to them, and employers should proactively target them.

Finally, at a macro level, the pace of change in the talent landscape has increased. Automation will continually improve or replace parts of our jobs. This has major implications for our education system. The national skills agenda has never been as important. The more individuals, industry and government can work together at speed to keep our labour force up to date, the bigger the competitive advantage Ireland Inc has in continuing our success.