Travel Europe: plan a European getaway with this city guide from Super Milk

In the second of a two-part European travel guide, we take a look at things to see and do in Madrid, London and Milan 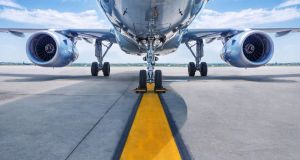 A European city break is always a popular choice. To help you get there, Avonmore Super Milk have created a promotion to brighten up your Spring with a choice of a free flight to your choice of eight European destinations: Barcelona, Amsterdam, Paris, London, Milan, Madrid, Brussels and Frankfurt.

All you have to do is collect 30 tokens from special packs, choose from a list of destinations and pack your bags. To help you decide, here’s our guide to Madrid, London and Milan.

Why Madrid? The vibrant Spanish capital is also its largest city and is alive with culture, beautiful art and historical buildings like the Royal Palace. The most attractive thing about it is its attitude and the madrilèno (the city’s inhabitants), who have an unabashed love for the best things in life.

It comes alive at night with bustling tapas bars and people enjoying music, flamenco, food and drink. It hums to an infectious beat.

When to go in 2018? Madrid is a city that’s predominantly sunny, which makes it attractive all year round. However, it can get extremely hot in the summer so May and October are fantastic months to visit when the heat and the crowds are more manageable.

In May, Madrid has the Dos de Mayo and San Isidro Festivals. A lively programme of arts events and concerts then flows into the San Isidro festival, which is the feast day of the patron saint of Madrid and is celebrated with bullfights, processions and street parties.

What to see? The story of a place is often best understood through its art and Madrid’s many fine museums are a great insight into Spanish history and culture. Picasso’s famous painting Guernica in the Reina Sofia museum will take your breath away. It shows the horrific pain and destruction caused by the 1937 bombing of Guernica in the Basque Country by German and Italian planes. Also visit Goya, Rubens and Velázquez in the great Prado Museum. Admire the glorious Baroque beauty of the Royal Palace with over 3,000 rooms, including a throne room and the hall of mirrors. The markets in Madrid are a great way to spend an afternoon, try Mercado de San Miguel for some of the best tapas you will ever have and enjoy some cava or cerveza while you sample delicious Spanish delights.

One of the most surprising sights is The Temple of Debod, an ancient Egyptian temple dating back to the 2nd century BC that was rebuilt in Madrid.

Madrid is known for many beautiful squares like Plaza Mayor or visit Plaza de Espana where you will see a statue of Spanish writer, Cervantes. For a fun family trip take the Teleferico Madrid cable car for some of the best views of the city, or book a stadium tour at Real Madrid’s football ground, Bernabeu.

Remember, things start a lot later in Madrid. Dinner can be around 10pm and the city stays alive until the small hours.

Dine at one of Ernest Hemingway’s favourites, El Sobrino de Botín, which is said to be the world’s oldest restaurant at more than 300 years old. Feast on its famous suckling pig that Hemingway immortalised in The Sun Also Rises.

Why London? England’s capital is jam packed with every kind of iconic sight and tourist attraction you could dream of. From Buckingham Palace to the West End, from Big Ben to Harrods, London offers a city break to suit everyone and its melting pot of cultures means it has some of the best restaurants in the world.

When to go in 2018? London is a great place to visit at any time of year because of its temperate climate. Your visit will be different depending on when you go. Summer has lots of music festivals like, Field Day and Lovebox. Or try the London Jazz Festival in November.

What to see? One of the most memorable experiences London offers is taking in a show at the West End. You will often find huge Hollywood stars treading the boards in plays, and the big musicals and productions are a great family activity. You can also try Shakespeare’s Globe theatre.

London is awash with stunning historical buildings, like the medieval Westminster Abbey and St Paul’s Cathedral. If you visit at the right time you can see the Changing of the Guard at Buckingham Palace (make sure and check their schedule in advance). Venture from the prime minister’s residence, 10 Downing Street, to see the Houses of Parliament and Big Ben.

For art lovers, The National Gallery, the National Portrait Gallery and the Tate and Tate Modern are all excellent. The Dickens House Museum, the British Library and the Victoria & Albert Museum are superb and the Natural History Museum or the Science Museum is a great option if you have children.

There are lots of very endearing little parks in London. The one known as Postman’s Park near St Paul’s with the GF Watts Memorial Wall, is full of heroic deeds that ended tragically. Also great for families are Madame Tussaud’s, the Sherlock Homes museum, the Tower of London and the London Eye.

For those brave enough, you can book a Jack the Ripper Mystery Walk through the East End.

For shopping, there is well known Oxford Street or venture to the designer havens of Harrods, Harvey Nichols and Selfridges. London nightlife is excellent and you can have everything from a signature cocktail at the iconic American Bar in the Savoy hotel or a proper pint in The Dog and Duck in Soho, where George Orwell used to drink.

Soho is also excellent for buzzing nightlife and some fantastic restaurants like Temper, Quo Vadis, Bocca di Lupo and Polpetto.

Why Milan? The capital of Italy’s Lombardy region, Milan is known for its fashion and football but there is so much more to this city than its beautiful style and people.

Situated in Italy’s north, Milan is also the proud keeper of some of the country’s finest modern art and has a sensational food scene.

When to go in 2018? Avoid the intense heat and crowds by going in April or October and get there before the stylish crowds during Fashion week.

The annual Rito della Nivola will take place at the gothic cathedral, Duomo, a historic tradition that sees the Holy Nail retrieved from its case above the altar on September 14th and put back again two weeks later.

What to see? Milan has a large number of impressive sights, including the 18th century opera house, La Scala, and there are amazing views from the city’s focal point, Duomo. The utterly beautiful Galleria Vittorio Emanuele II arcade was designed by Mengoni in 1877 and has a spectacular glass dome.

Naturally, fashion is the city’s biggest draw and designers like Valentino, Gucci and Prada are found in the Quadrilatero d’Oro, a “golden rectangle” of streets centred around Via Montenapoleone.

Make sure to visit the gorgeous 10 Corso Como, which sells stunning clothing, art and furniture. Parco Sempione is lovely to walk through and has the Arena Civica, Arco della Pace (Arch of Peace), built in 1807 under Napoleonic rule and the Triennale design museum.

Pinacoteca di Brera houses one of the most important collections of Renaissance art in Italy from artists including Raphael, Bellini and Caravaggio.

Of course, food is one of the most important parts of any visit to Italy and is celebrated everywhere. From around 6pm every evening, “Aperitivo” is a Milanese sacred rite.

The Navigli area is one of the best places to have an Aperol spritz amongst the beautiful people.

For a wonderful afternoon of eating, drinking and shopping go to the food and drink emporium, Eataly Milan Smeraldo. It is like a heavenly food Wonkaland with restaurants and shops where you can buy everything from cheese to chocolate to cookbooks.

How to claim your flight

There are eight cities in the Super Milk promotion with departures to Brussels, Amsterdam, Paris, Barcelona, London, Milan, Frankfurt, Madrid.

There is one token on 1 litre packs and two tokens on 1.75 litre packs. The promotion starts on February 12th and ends on March 30th, with all tokens to be received no later than April 9th, 2018. All travel must be taken before December 31st, 2018.

Claiming your free flight is easy. Here’s how:

The benefits of Super Milk

A delicious glass of chilled Avonmore Super Milk is packed full of nutrients and goodness to keep your body and bones healthy. Whole and Low Fat Super Milk are both fortified with nutrients for which the Irish population has low intakes. In fact over 70 per cent of Irish adults have inadequate intakes of Vitamin D mainly because we don’t get enough sunshine. Super Milk is fortified with vitamins B, D, E, folic acid and calcium. It is an ideal choice for the whole family.

In just one 250ml glass of Avonmore Super Milk you will benefit from: