Responsible Innovation: why the power of choice is the ‘ultimate tool for creation’

A keynote speaker at the upcoming Responsible Innovation Summit, Sheena Iyengar, aims to help unravel the complex relationship between products and society 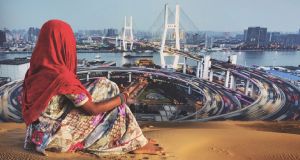 Forget 42. If there is a numeric answer to the meaning of life, the universe and everything, it’s less likely to be the number Douglas Adams came up with in The Hitchhiker’s Guide to the Galaxy, and more likely to be seven.

Certainly, for anyone who has ever wondered what the optimum number of choices is for a given course of action - or purchase - “seven, plus or minus two, seems to be a useful heuristic,” says Sheena Iyengar, professor of business at Columbia Business School and author of The Art of Choosing. Having made the “study of choice” her life’s work, if anyone should know it is she.

Iyengar is a keynote speaker at the Responsible Innovation Summit, a major new international conference which takes place in Croke Park on October 10th, 2017.

Responsible innovation is a process of research and innovation that takes into account the effects and potential impacts of a product or service on the environment and society. As such, it’s an invaluable tool in any business’s armoury when it comes to new product - or service – development, an issue that Iyengar understands well.

One of her most famous studies in consumer psychology is simply known as “the jam experiment”. It involved offering supermarket shoppers a promotional table with six varieties of gourmet jam on it, and alternating it with a table featuring 24. The table with the most varieties saw the most consumer interest. But the table featuring fewer options resulted in significantly more sales.

It seems that while we often equate choice with freedom – the freedom to choose – too much choice can be oppressive.

Not all choices are equal either, but a feature of modern living is that we are bombarded with corporate messages that would convince us otherwise, that the brand of toothpaste we choose, for example, might be nothing less than life-changing.

Learning which choices are worth making and which are ultimately not worth our time is vital because, “In the end, what makes us who we are is the choices that we make,” says Iyengar.

We need to teach people how to choose, and how to think about choice in their life

It’s something the ancient philosophers spent much time mulling over, she points out, figuring out whether it was better to make a choice based on reason or gut feeling. “In the modern era, with the sheer mass of information, it’s no longer about whether I have a choice or not, it’s what do I need, what is relevant, what is not relevant. We have to think about, and teach ourselves, how to choose,” she says.

The first step is to simply stop and ask yourself whether a choice is worth making. Choosing a brand of toothpaste may not be worth your time.

“We see choice as a gift. But it is not a gift anymore,” she says. “You have to figure out which is a gift and which isn’t. We need to teach people how to choose, and how to think about choice in their life.”

“Choice is the only tool we have, or know, that enables us to go from who we are today to who we want to be tomorrow,” she says.

It is also about far more than just selecting from a menu of options. “What does this tool (choice) do? It enables the picking and finding but it also enables you to imagine. In the modern era, the power of choice is not just the ability to pick and find, it is the ability to think of choice as the ultimate tool for creation.”

If you don’t exercise choice properly, if you only concentrate on the “picking and finding”, all you can experience “is the illusion of control”, she says.

“We seem so happy to be the proverbial person standing in front of a vending machine, thinking, all I have to do is pick, all I really want is a bigger vending machine. But if that is the only way you are conceiving of choice, you are leaving value on the table. You are allowing the world to dictate to you instead of saying, ‘This is what I want to create. This is what will make my life better’. It is the ability to imagine that is the true power of choice, but it is harder than the first part, the picking and choosing.”

For younger people in particular, raised on an endless diet of advertising and social media, choice can seem overwhelming. “It has to be learned which choices are worth making. Right now every choice is made to appear equally important. That’s the modern day identity crisis for young people.”

There are so many more choices in the world now that are trivial, to the extent that you are simply adding to the clutter

Neither should we blithely equate choice with freedom. “Brexit was marketed as a grand statement of freedom. Trump too,” she says. “But what these freedoms will ultimately look like, or lead to, is unclear. The rise in authoritarianism we are seeing around the world is because uncensored choice tricked people.”

But, just as we are seeing “disfunctionality of leadership at the top”, we are seeing a “grassroots growth from the bottom,” she says, “where individuals are saying, ‘I can choose. I can engage.’”

Certainly, relying on marketing to come up with what are in effect spurious points of difference in already crowded marketplaces is no longer a recipe for long-term success.

“There are so many more choices in the world now that are trivial, to the extent that you are simply adding to the clutter. It is not clear that what you are doing is responsible or sustainable innovation. But when somebody is responsible in their marketing, and recognised as such, that is a competitive advantage,” says Iyengar.

It's this sense of recognising the value in being responsible in our decision making that is at the heart of the Responsible Innovation Summit. By making the correct choices around decision making during a period of innovation, leaders can impart values that reflect responsibility in the projects they manage. These values then become a starting point for the next generation of innovation and this process repeats.

Other speakers include Australian entrepreneur and venture capitalist, Bill Liao, who is a co-founder of the CoderDojo movement as well as WeForest, a not-for-profit initiative that plants trees around the equator to reduce the impact of climate change. He also heads up RebelBio, a bio-tech accelerator in Cork.

Niamh Bushnell will be facilitating panel discussions. Bushnell was Dublin City’s first start up commissioner, and is founder and chief executive of TechIreland, a  new not-for-profit business that maps and tracks all product innovation in Ireland.

The conference is organised by The Impacter, a social enterprise offering a crowd-sourcing platform whereby commercial enterprises, social innovators and not-for-profits will be able to post challenges and collaborate to manage responsible innovation projects.

The organisers are keen to make a difference with the conference. With each ticket purchased, five trees will be planted by WeForest in Zambia, in a project that supports smallholder farmers working to reverse deforestation.