Brexit will be extremely painful regardless of its eventual form and current uncertainty is no excuse for businesses failing to prepare for it, says PwC partner John O’Loughlin 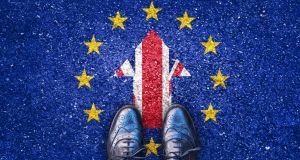 ‘Businesses have to prepare for Brexit regardless of when it happens. The effort put into preparation now won’t be wasted,’ says John O’Loughlin, PwC global trade and customs partner

The pace of the Brexit negotiations may appear agonisingly slow, but progress has been made and the situation is more or less as expected at this stage. This is the somewhat surprising view expressed by PwC global trade and customs partner John O’Loughlin. “It was always known that it would be the October Inter-Governmental Conference at the earliest before a withdrawal agreement would be concluded,” he says.

“That has now been extended into November and possibly December and that is not a very long delay in EU terms. However, the dominant theme so far has been uncertainty. On a political level, the problem has been that the main dialogue has taken place within London instead of between London and Brussels.

“We had the Chequers proposals back in June and they initially sounded very positive but when they were looked at in detail they contained significant red lines that the EU could not agree to,” he continues. “That remains the position today. This has been frustrating for all concerned but is no reason for businesses not to start preparing for Brexit.”

Interestingly, taking that approach removes a lot of the uncertainty surrounding the issue. “We know that the UK is leaving the EU. The only way that won’t happen is if they had a second referendum and that appears very unlikely. Even if they did, there is no guarantee the outcome would be any different to the first one. That means businesses have to prepare for it regardless of when it happens, be that 2019, 2021 or even beyond. The effort put into preparation now won’t be wasted.”

And we do know exactly what will happen in the event of a hard Brexit, whenever it might occur. “Global trade is highly structured and follows a set of rules which are well known and understood,” he explains. “In the event of a hard or soft Brexit the UK will become a third country in terms of trade with the EU, it will be the same as the US and China are now. We can tell clients what duties will apply and at what rates and help them put the plans and resources in place to deal with them.”

Anyone who claims not to have sufficient information to plan should be challenged, he adds. “Some people are allowing themselves to be distracted by the Northern Ireland Border issue,” he says. “The reality is that the vast majority of trade between Britain and Ireland is East-West and not North-South. Of course, the border is a serious issue for firms affected by it but uncertainty in relation to it shouldn’t be advanced as an excuse for failing to prepare for the reality of what’s coming down the track.”

And that reality is stark. O’Loughlin explains that even in the most benign circumstances the trade dislocation caused by Brexit will be enormous. “All this talk about Canada Plus or Canada Plus-Plus-Plus is pointless. All that a free trade agreement will do is eliminate tariffs on a range of goods, and for some products that won’t even be the case. It won’t eliminate customs checks, it won’t eliminate inspections under other regulations, it won’t affect import VAT rules, and it won’t prevent delays at ports and borders. Once Britain leaves the Single Market it is out. Goods either originating in or passing through the UK won’t be able to move freely throughout the EU any longer. They will be subject to all the same checks as goods from any third country. That will be the case regardless of how hard or soft the eventual Brexit becomes.”

He notes that the British government is already putting plans in place to turn the M26 to Dover into a very large car park for trucks and goods vehicle in anticipation of the 17km or longer tailbacks which are like to occur as a result of Brexit.

The scale of the disruption facing Ireland is illustrated by the expected increase in customs declarations. “At present, companies will file their corporation tax return once a year, they usually file their VAT returns every two months, but whenever they import or export a single box to or from a third country they have to do the equivalent of a tax return. This is the customs declaration. At the moment about 1.5 million customs declarations are lodged each year in Ireland. It is expected that this will rise to as high as 33 million as a result of Brexit.”

This entails huge costs in terms of both time and finance. “They are usually lodged by customs brokers at a cost of approximately €75 per declaration and an Irish trader could be both an importer and exporter, resulting in the doubling of this cost.”

And that’s just the beginning of the problem. “On average, 2 per cent of traffic gets pulled for customs inspection and 6 per cent for documentation inspection. Even multinationals who have all their documentation in order will face significant delays, but what about SMEs who may not be as well set up? This will have very serious implications for sensitive goods like agricultural produce, food and drink and pharmaceuticals. To give an example, what about the ‘artisan cheese producer’ in West Cork who finds his UK customers are expecting them to absorb all the additional customs costs and still have the product delivered fresh to their distribution centres in London or Liverpool every Monday at 9am?”

Even companies which don’t think they will be affected need to reconsider. “Supply chains have become very complex. Raw materials or components sourced in Germany may actually partly originate in the UK and that will present problems. Companies need to examine their supply chains very carefully now in order to mitigate the impacts and risks associated with Brexit.”

With less than six months to the potential departure of the UK from the EU he advises companies to start preparing immediately, if they haven’t already done so. “Businesses need to assess their exposure to the UK in terms of suppliers, customers, their supply chain, their distribution model and so on. They need to look at the potential cost impact of duties, customs compliance, permits and delays at ports and borders. And they absolutely must be in a position to get goods across the border from day one.”

With time running out before the UK formally leaves the European Union, the realities of Brexit are coming into focus. PwC are ready to help make sense of what Brexit means for you and your business.  In a world of constant change, trust the leading voice in tax.