AI is being utilised by the pharmaceutical industry to enhance human health and wellbeing, and Ireland is well placed to prosper in this new world 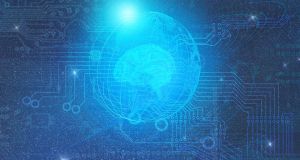 Not only is Ireland a recognised global hub for the pharmaceutical industry but it was ranked 10th in the world in the most recent Tortoise Intelligence Global AI Index report. Photograph: iStock

In drug development it is being used to identify promising therapeutic candidates quicker than before. “It is being applied not only to new molecules and drugs in the discovery pipeline but also in the search for new indications for older drugs,” Finn explains. “The technology is being put to multiple uses in clinical trials from the recruitment of patients and other subjects right the way through to the design of the trial. It can take care of all of the administrative steps which normally have to be carried out by multiple inputs of human capital.”

AI is also being brought into the manufacturing process. “By linking it into Internet of Things systems it can be used to improve quality and increase the efficiency of the production process.”

In the product arena it is being incorporated into a range of devices to help ensure patient adherence to prescriptions and care plans.

“Wearables and other devices are able to monitor clinical signs and communicate them back to a health professional if they detect an issue,” says Finn.

“Other specialised devices such as smart sharps bins can detect when a needle has been disposed of and report to a clinician if the patient is not adhering to the prescribed medication regime.”

Among the key benefits of the technology is the support it provides to the people involved in the drug discovery process. “It is being used to release human capital and free up professionals to work where they can add most value,” he points out. “AI can do administrative, organisational and other routine tasks and it can also spot patterns and anomalies very quickly and help speed up the drug discovery process.”

Already, IBM’s Watson technology is being used for research activities with pharmaceutical companies and academic institutions using it to assist with new drug target identification and drug repurposing. According to IBM, Watson for Drug Discovery reveals connections and relationships among genes, drugs, diseases and other entities by analysing multiple sets of life sciences data. Researchers use the evidence-based predictions generated by the technology to come up with new hypotheses.

Closer to home, 2019 Irish Times Innovation Awards finalist Nuritas is bringing the power of AI to bear on the isolation of health-giving peptides for incorporation into food and pharmaceutical products. Billions of peptides occur naturally and the traditional method of finding the beneficial ones has involved a degree of guesswork coupled with an exhaustive process of elimination through laborious testing.

The company has developed the NπΦ (NPiFy) platform which utilises AI and machine learning to open new, smarter, faster and more accurate pathways to the discovery of these bioactive ingredients. The platform enables the reversal of the traditional discovery process and utilises existing data about peptides to identify the ones which have the best prospect of delivering the required effect on a target condition.

There are some obstacles to the use of AI in pharma, however. “One of the main barriers is talent availability,” says Finn. “AI is sector agnostic and pharma is competing with financial services, manufacturing, IT and other industries for talent. There are also cultural challenges. AI is not just an IT project and you need buy-in across every area in the business and from the top down.”

Hardware can also be an issue. “Is the existing IT infrastructure up to scratch for using AI and big data analytics? That can be a problem.”

There is a lot of support from government, but more needs to be done if we are to keep pace with our competitors

There are few if any regulatory barriers. “GDPR governs the use of personal data in AI, and big data and machine learning, and companies need to ensure they are compliant,” Finn advises. “AI technology is currently ahead of regulation and legislation is being brought forward by the European Commission this year to govern its use.”

Questions have been asked in relation to situations where AI systems may be taking over decision-making roles from humans, and where responsibility for those decisions would lie. “AI is only as good as the data it has to work with, the obligations and responsibility still lies with the organisation using the technology,” says Finn.

“Obviously, one of the things for a company to ensure is that if it is collaborating with an AI provider to have all the risks and responsibilities written into the contract. Other things that people are doing include writing formal data strategies which define things like who to trust with data. Some companies are creating responsible AI licences which empower developers to restrict the use of their AI technology in order to prevent irresponsible and harmful applications.”

The good news for Ireland is that it is well placed to prosper in this new world. Not only is Ireland a recognised global hub for the pharmaceutical industry but it was ranked 10th in the world in the most recent Tortoise Intelligence Global AI Index report. “The Index ranked 54 countries across a broad set of 150 indicators and Ireland came out 10th overall,” Finn explains.

“But when it came to operating environment, government strategy and research fundamentals, Ireland was only ranked 42nd,” he adds. “There is obviously a lot of support from government when it comes to AI, but more needs to be done if we are to keep pace with our competitors.”