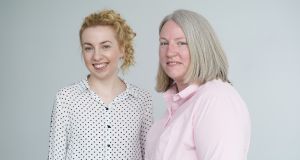 The Cultural Steering Team aims to uphold the values of Pfizer by maintaining a healthy, positive workplace.

In Pfizer, one of the main priorities is to make people feel valued and to encourage them to progress within the group. Heavily involved with the upkeep of these values are Maggie Kinsella and Maria Gordon; both members of the Cultural Steering Team, which aims to uphold the values of Pfizer by maintaining a healthy, positive workplace.

Maggie Kinsella is a scientist in Manufacturing at Pfizer. Kinsella has been with Pfizer for 10 years and works in vaccines. After finishing school, she wasn’t sure what her next step should be. “I didn’t go on to college, I didn’t know what to do in life, I suppose, at that time. I did a Fás course studying horticulture and landscaping,” said Kinsella. She worked in landscaping before starting a job in a manufacturing plant in Naas, Co Kildare. In 2009, she applied for a position at the Grange Castle site and has been there ever since.

“I don’t have a degree so it was great that the company looked at me as a person. I’m hard-working and that’s what they saw. It was really good, and they continue to be like that.”

“I really enjoy working here. It has a really good culture. I’m from an LGBT background and I’m very much involved with an Open group on-site. Everyone is included in diversity, it’s all part of our culture here.

Even the managers here, it’s an open door policy, you can go and sit down and talk to them about whatever you need to talk about. That’s really important to me. I work with a great team of people, everybody is there to help,” said Kinsella.

“Part of our culture is the Health and Wellbeing team: they run fundraisers, we try and have talks on different subjects like sleep pattern, which is really important for those working shifts. I went onto the Women’s Mentoring in 2016 and my mentor gave me the confidence to go for the job I’m in now. I worked on the floor and I didn’t really think working in an office job was my thing, or would I be able for it so she gave me the confidence to go for it.

The graduate programme plays a big role at Pfizer and it was a work placement that got Maria Gordon in to Pfizer, where she started the programme and now, two years later, is a full-time employee, with her whole career ahead of her.

Gordon, from Dublin, is an associate engineer and studied genetics and cell biology at Dublin City University. She is also a member of the Culture Steering Team. She did her six-month work placement, as part of her degree, in vaccines with Pfizer.

“I had a fabulous time on my placement, I absolutely loved it. For me, the people were part of the reason I liked it so much: everybody was so nice and friendly, I felt like a full member of the team, not just a student.

“I think when my colleagues heard that I was a student and, obviously, I’d be making choices about my future down the line, everyone was so helpful to tell me what they had done and let me experience their area and see if it was something I was interested in,” said Gordon.

Once she graduated she knew she wanted to go straight into industry having experienced working life with Pfizer. She applied for graduate programmes with different companies. “I was lucky enough to get called for Pfizer and be accepted onto the graduate programme and started in September 2017,” said Gordon.

“The team I’m in is Operations Technical Support so we provide any technical support to the guys on the floor in Operations. So whether that’s an issue that crops up and they might need to look into further or investigate it or you might need to check product quality, it’s just supporting operations and the production any way we can. It’s constantly changing, that’s why I love it so much.”

Also a member of the Culture Steering Team, Gordon says: “It’s just about ensuring that the culture on-site is the culture we want. It’s the culture of us, so everybody acts as if they own the business; it’s a really positive, happy place to work. It’s promoting that culture of ‘we work here we might as well enjoy the time we spend here and enjoy the people we work with.’”