No room for complacency in a volatile world

The ebb and flow of international currency fluctuations is difficult to predict but it is possible to take evasive action, says Gerry Gallen of Moneycorp 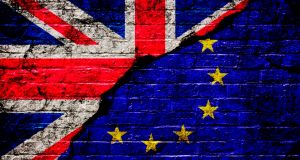 Looking back on the first half of 2017, Gallen says that worldwide political events like Brexit continue to have a major impact on foreign exchange markets. Photograph: iStock

Over a year has passed since the UK electorate made the decision to leave the European Union. In its wake has been an unprecedented amount of volatility in euro-sterling exchange rates. October of 2016 saw the currency pair reach its highest point of the year, moving to just over 90 pence. Only two months later the pound had recovered to 83 pence. 2017 has seen this volatility continue, with EUR/GBP moving from 88 pence in March to 84 pence in April. Today the rate is back above 89 pence with the pound once again under pressure.

This is just a brief snapshot of the volatility which has characterised the euro-sterling exchange rate over the past year. The euro-dollar exchange rate has been no less interesting, according to Moneycorp Ireland senior manager, Gerry Gallen.

“There have been remarkable movements in the foreign exchange markets since the beginning of the year, particularly in relation to the euro-dollar rate,” he says. “The euro has been trading at an average of $1.084 for the year to date but it is now trading north of $1.16. In percentage terms that’s a 7 per cent move in a matter of months. This naturally presents both challenges and opportunities for companies trading with the US. But no one should be complacent just because foreign exchange rates are in their favour at the moment. The volatility we have seen with both the US dollar and sterling over a very short period of time means this can change very quickly.”

Headquartered in London with branches in Spain, France, Romania, the US and Dublin - where it has a full service foreign exchange desk - Moneycorp is one of the world’s largest foreign exchange specialists. Gallen says that companies and individuals should shop around for currency rates in the same way they would look for the best price for a car or computer. “Many companies are aware of this,” he says. “But we have seen significant growth in private clients managing their currency requirements and moving away from the traditional providers in the search for better exchange rates and service.”

We’re large enough to undertake the biggest transfers, but small enough to add the personal touch to every transaction

Moneycorp was established with the aim of offering an alternative to the banks with a single specialised foreign exchange service, Gallen explains. “Whether you are a large corporate doing hundreds of payments a year or an individual doing a one-off transfer, the foundations of our service are the same.  We provide a first-class service by focusing on four key elements; more competitive exchange rates, lower transfer fees, a market leading online dealing platform and a superior level of client management and guidance. We’re large enough to undertake the biggest transfers, but small enough to add the personal touch to every transaction – this has been a big part of our success.”

Looking back on the first half of 2017, Gallen says that worldwide political events have had a major impact on markets. “As we came into 2017 a number of factors combined to strengthen the dollar,” he notes. “A lot of the dollar’s strength at that time was predicated on the Trump administration’s promises in terms of protectionism and so on. The fact that President Trump has been unable or unwilling to enact these plans has seen the currency weaken considerably.”

This has meant that Irish companies selling into the US have seen the value of their dollar earnings fall considerably since the beginning of the year. “Think about how it has changed since then,” says Gallen. “In January, the euro traded at $1.04. It was above $1.16 at the end of July. That’s a movement of 12 cent.” This is equivalent to an almost 12 per cent drop in the value of their exports to the US.

“On the other hand, companies with suppliers in the US will be better off and will find that they are able to manage their budget levels and hit their cash targets,” he adds.

Companies should assess their level of exposure and put safeguards in place. Moneycorp has the tools to help them do that

While there is little any company or individual can do about the movements which have already occurred, Gallen says that consideration should be given to taking steps to cater for future changes. “The reality is that nobody can predict where the market will be in six or nine months’ time. The ebb and flow of Brexit negotiations will be the main drivers of the sterling rate, for example. However, by proactively hedging foreign exchange flows, companies can significantly reduce the impact foreign exchange volatility will have on their businesses. It is possible to take evasive action.”

“Companies should assess their level of exposure and put safeguards in place. Moneycorp has the tools to help them do that. No one can afford to be complacent in the current environment. An Irish company exporting to the UK has to consider if the euro will go up to 90 pence again as it did last October and take appropriate action now, as opposed to hoping things will be ok.”

It’s simple to send money overseas when you open a free no-obligation account with moneycorp. Speak to an expert today to see how they can help.
To find out more, email theirishtimes@moneycorp.com or call +353 1 644 7950

TTT Moneycorp Ltd, trading as Moneycorp, is authorised by the Financial Conduct Authority (FCA) in the UK and is regulated by the Central Bank of Ireland for conduct of business rules.