Moving home? How Moneycorp can make the journey home that bit easier 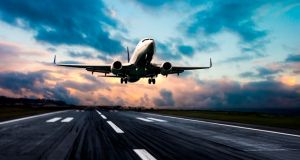 People who left Ireland a few years ago are coming home again. They all have a range of foreign exchange needs. Photograph: iStock

Growing numbers of people looking for a better deal in foreign exchange are turning to Moneycorp for its market leading rates, transparent low fees, user-friendly online dealing platform, as well as its personalised customer service.

“People are far more mobile now,” says Derek Hennessy, head of private and partnerships, with Moneycorp Ireland. “People who left Ireland a few years ago are coming home again and others are choosing to leave and live in the UK or further afield. They all have a range of foreign exchange needs including property purchases, cars, rent deposits, transferring savings and so on.”

One of the advantages of the Moneycorp online platform is that customers can use it to learn about foreign exchange transactions and markets before committing themselves to anything. “Our customers usually contact us initially by phone or through the website,” says Hennessy.

“Registering with us is a very quick process if they have their identity documentation to hand. But they don’t have to use the service straight away. They can use the site to keep informed of exchange rate movements and compare our rates with those offered by the banks. They can go ahead and make transactions at any time. All they have to do is arrange for the money to be sent to us and provide us with details of the bank account they want it to be sent to and we look after the rest.”

If customers see a rate which they believe is particularly attractive they can opt to fix it for up to two years. “They can secure the rate in advance if they like. That’s something the banks would never offer an ordinary customer. In a lot of cases our customers are pretty savvy when it comes to exchange rates. They often ask us to contact them if the rate hits a certain level.”

Customers get access to high-grade market information. “We don’t have a crystal ball, but we can share information from financial news services like Bloomberg and Reuters with our customers,” Hennessy points out. “We know what all the banks and the other market players are saying about the currency markets and we tap into that expertise. We don’t give advice however we can let our customers know what the general market sentiment is.”

One returned emigrant who availed of Moneycorp’s service is Moira Walsh who, along with her husband John and daughter Caoimhe returned to Ireland in 2017 having emigrated to Canada in 2011. “We were both always looking to travel and always had North America in mind,” she says. “I suppose the grass is always greener. We left our jobs here and sold our house and moved to Canada.”

They settled in the town of Barry, an hour north of Toronto. “There were lots of advantages for us. It was English speaking, they use Celsius and kilometres, but the transition wasn’t easy. There are still cultural differences and it can be difficult to deal with them.”

They decided to come home when Caoimhe was 17 and about to go to college. “It’s been brilliant since we came back. We are among the lucky people who had jobs set up to come home to. Once you have that done, everything else falls into place.”

They were at the other end of the phone whenever you needed them. The personal service was great and their online service is fantastic as well

The family used Moneycorp for both moves. “We used them on the way over when we were transferring money,” she says. “What I liked about them was that they were at the other end of the phone whenever you needed them. The personal service was great. Their online service is fantastic as well. They are great value.”

The Moneycorp service proved particularly useful for the move back which took some time to execute. “It took quite a bit of planning. My husband came back in February 2017, Caoimhe followed in August in time to start college, and I arrived the following month. It took a lot of planning. We had to sell up in Canada and make a lot of other arrangements.”

Those arrangements included cash in savings plans and pensions as well as the sale of the house. “The Canadian dollar was falling through the floor at the time,” she recalls. “These came through at different times. It was great being able to go on to the Moneycorp website and press the button to take the rate if you wanted it. That puts you in control. I would recommend Moneycorp to others and have frequently done so on the Irish ex-pats Facebook page as well as on other forums.”

Moving to the Isle of Man: Fiona Fitzpatrick and family

Business consultant Fiona Fitzpatrick moved to the Isle of Man with her partner and children in July. “We moved for a better life, to get away from the traffic and pressures of Dublin,” she says. “It used to take me 40 minutes to drive from my home in Blackrock to Dundrum. Now we are 12 minutes from the airport with no traffic lights. I work with food and agribusinesses, helping them grow their business. I am also an executive coach and mentor. I travel regularly to Ireland, Britain and France so it doesn’t really matter where I am living.”

Both the move and her busy work life have created quite large foreign exchange requirements. “We sold our house in Ireland and bought here and we used Moneycorp for that. Also, I still pay tax in Ireland at the moment, so I pay myself in euro and convert it to sterling. I use Moneycorp because of their very competitive rates and excellent customer service standards.”

For others it can simply be a case of getting the best rate possible when cashing in an overseas investment. Gillian Markey invested in two properties in Newfoundland with her husband 15 years ago. She decided to sell up in 2016 and, following advice, chose Moneycorp to transfer the proceeds earlier this year.

They’ve been great. They talked me through the whole process and made it very easy

“The bank in Canada was trying to insist on changing it into euro before transferring it but I refused,” she says. “I took advice and Moneycorp was recommended for its low rates and quality of service. They’ve been great. They talked me through the whole process and made it very easy. They also explained that I didn’t have to convert all the money in one go. I have kept some on account with them hoping that the Canadian dollar improves in value – not a huge amount, just enough for a good holiday.”

“People come to us for many reasons, but most of all it is for our competitive rates and service,” says Hennessy. “We are confident we will always beat the rates the banks offer customers. We wouldn’t be in business if we didn’t.”

It’s simple to send money overseas when you open a free no-obligation account with moneycorp. Speak to an expert today to see how they can help.
To find out more, email theirishtimes@moneycorp.com or call +353 1 644 7950

TTT Moneycorp Ltd, trading as Moneycorp, is authorised by the Financial Conduct Authority (FCA) in the UK and is regulated by the Central Bank of Ireland for conduct of business rules.