While the IDA is well ahead of meeting its target for jobs nationwide, Martin Shanahan, CEO of IDA Ireland, says he is aware that there is no room for complacency 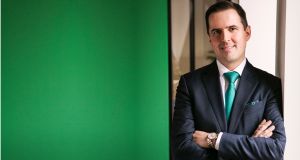 "IDA Ireland is targeting a minimum increase in investment of 30 to 40 per cent in each region outside Dublin,” says Martin Shanahan, CEO, IDA Ireland.

"We know this is extraordinarily challenging and, despite this, we have made progress in the first three years with announcements across the country. That being said, a lot remains to be done. We will work with our sister agency Enterprise Ireland and other local authorities to ensure that all regions of the country are benefitting, where it is feasible.

"IDA companies are established in regions across Ireland where they are adding to the economy both directly and indirectly.”

Ireland has been successful in mobilising inward foreign direct investment (FDI), with employment levels in foreign-owned companies reaching an all-time high this year

2017 saw IDA Ireland work to secure investments and jobs into areas outside of Dublin, however convincing international investors to consider these locations continues to prove challenging, with multinational companies increasingly looking to invest in bigger communities globally. Of the 237 investments secured by the IDA last year, 99 were regional investments.

“There are 210,443 people going to work in foreign direct investment firms every day in Ireland, and we know the knock-on employment impact on the economy is much greater than this," says Martin Shanahan, CEO of IDA Ireland.

IDA Ireland’s Winning: Foreign Direct Investment 2015-2019 strategy set targets for the creation of jobs in Ireland over a five-year period from 2015-2019 – the Government agency has already surpassed the total net increase in jobs target laid out in the strategy.

"We have achieved this figure two years ahead of target," says Shanahan. "The targets that were set were hugely ambitious at the time, and I would like to pay tribute to the companies that have placed their confidence in Ireland, and to my colleagues in IDA Ireland who fight to win these jobs on a daily basis.”

Yet while IDA Ireland is on target for its 2019 goals, Shanahan is aware that there is no room for complacency.

“Less than ten years ago, across 2008 and 2009, Ireland lost over 35,000 FDI jobs. This is a salutary reminder that we can take nothing for granted in the foreign investment world – all jobs must be fought for and won against increasing international competition."

2018 will see IDA Ireland continue to roll out its building programme across the country with new buildings planned in Carlow, Dundalk, Limerick, Athlone and Waterford over the next two years. Here is a summary of IDA Ireland's 2017 performance, along with its projected 2018 strategy.

Employment levels in foreign owned companies have reached 210,443. This figure surpasses the overall five-year target of 209,000 which was set in 2015 in IDA Ireland’s Winning: Foreign Direct Investment 2015-2019 strategy.

Based on the performance for the first three-years of the strategy, IDA expects to exceed the investment and job creation targets set for Winning: FDI Strategy 2015–2019, but significant down-side risks exist. The business environment for FDI remains very competitive with many other countries seeking to win the same investments as Ireland.

70 per cent (€172 billion) of Ireland’s total exports are from FDI companies.

The number of new investments secured by IDA during 2017

Dublin, as the only city location of ‘international’ scale in foreign investment terms, continues to perform well and IDA Ireland predicts this trend will continue in 2018. The city continues to show a remarkable capacity to attract foreign direct investment and has developed an international reputation as a hub for financial services and FinTech, Technology and International Operations centres, amongst others.

IDA Ireland continued to work throughout 2017 to secure investments and jobs in areas outside of Dublin. Convincing international investors to consider locations outside of Dublin continues to prove challenging with multinational companies increasingly looking to invest in bigger communities globally.

Beckman Coulter, which develops, manufactures and markets products that simplify, automate and innovate complex biomedical testing, is expanding the company’s development and manufacturing facility at

Lismeehan, Co Clare, creating 70 jobs over the next two to three years.

Element Six based in Shannon, Co Clare announced the creation of an additional 100 jobs in the areas of supply chain, engineering and manufacturing, with recruitment already underway and all posts set to be filled in the first half of this year

BorgWarner announced it is to add a new production line for electric vehicle technology and create 50 new jobs in Tralee, Co Kerry

MSD announced 330 new jobs to be created in Carlow and Cork, and invest €280m to expand production facilities

Janssen Sciences Ireland announced an expansion of its Ringaskiddy, Co Cork facility. The expansion plans involve an investment of more than €300m and will create 200 new jobs

Northern Trust will add up to 400 new jobs in Limerick

National Pen, a leading global provider of personalised marketing merchandise, celebrated its 30th anniversary in Dundalk, Co Louth and announced that it will add 250 new jobs

Graebel Companies Inc. announced it is to create 125 new jobs in an EMEA Financial Shared Services and Operations Centre in Dundalk, Co Louth

Wasdell Group are to establish a pharmaceutical packaging and distribution facility in Dundalk, Co Louth creating 300 jobs over five years

Europe, the Middle East and Africa (EMEA), adding 500 new employees over the next two years

Brexit: IDA Ireland has secured a substantial number of Brexit-related investments in 2017. As Brexit negotiations continue in 2018, IDA Ireland will be redoubling its efforts with mobile investors to highlight Ireland’s suitability as a location for international business.

Regional property development: In recent years, the private sector has not been investing in property solutions outside Dublin and with financial support from Government; IDA has stepped in as an investor of last resort, to ensure that property solutions, in regional locations are in place to win investments and jobs in order to meet our clients’ needs.

IDA Ireland continues to roll out its building programme across the country with new buildings planned in Carlow, Dundalk, Limerick, Athlone and Waterford over the next two years.

Diversification of portfolio: IDA Ireland continues to focus on expanding and deepening its relationships in Europe as well as in countries like China, India, South Korea, Singapore and Australia.

Global political circumstances have changed remarkably since late 2014 when the strategy was developed with the United Kingdom’s forthcoming exit from the European Union and a new US Administration impacting the international investment climate.In order to achieve an optimum outcome for the remaining two years of its strategy, the agency plans to make a number of adjustments:

Mid-term review of strategy: As flagged when IDA Ireland rolled out its Winning: Foreign Direct Investment 2015-2019 Strategy, the Agency undertook a review of the objectives and targets contained within the strategy at its mid-point in 2017.