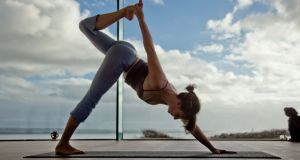 Yoga teacher, Michelle Moroney: “Being InSync is prioritising the holistic side of who we are.”

Bottlenecks of traffic, overcrowded public transport and spiralling rents; sometimes city life can really take its toll. If you’re like me, you have often wondered would it be better to ditch the hassle of city life for a quieter one in the country.

Michelle Moroney, her husband Michael and their 10-month-old baby did just that eight years ago, leaving Dublin for Lahinch, Co Clare to open a yoga centre. Since then their family has grown to three boys and their business has blossomed into one of the most successful yoga retreats in Ireland.

It’s easy to see why business at The Cliffs of Moher Retreat is booming; a purpose-built luxury facility with great organic vegetarian food and a great team of teachers. Supporting all that is the backdrop of the wild Atlantic beating against the majestic Cliffs of Moher. 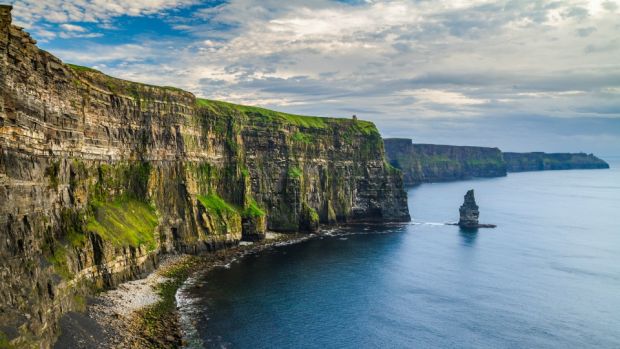 Hailing from Ashbourne, Co Meath, Michelle has always had a touch of wanderlust, she says. After graduation she moved to Hong Kong to teach English for a six-month stint, which ended up being six years.

The air pollution in Hong Kong spurred her interest in health and wellness. “It was the first time that I wasn’t in control of the toxins that were going into my body,” she said.

Using Hong Kong as a base she travelled around Asia and developed an interest in diving and yoga.

In 2004 she worked as a dive instructor on the Thai island of Ko Phi Phi. Thankfully she was home visiting her family for Christmas when the devastating tsunami struck. But even still, the tsunami had its own hand to play in Michelle's fate.

With her dive centre flattened and her equipment gone she was jobless and headed to a job in the Swiss Alps. It was there she met her husband Michael, who coincidentally was her neighbour growing up in Meath. With his background in tourism and Michelle’s in yoga they made a winning combination, creating their first brainchild, Yoga Traveller.

The couple travelled a lot with this business, organising and running retreats all over the world. But when Michael’s father became ill they began spending more and more time back in Ireland. They had their first child in 2007 when they were living in Dublin.

“It was prime Celtic Tiger days: we were running our business, just had a baby and were paying Dublin rents,” she said.

Life in the city felt hard and Michael suggested that they move to Lahinch, a town where he had spent his summers as a child. Michelle instantly fell in love with the place: "It was everything I could have wanted. There’s such a diverse collection of people here; the surfers, the music scene. There is a big holistic community with healers and herbalists. It's just an amazing area.”

Another deciding factor to stay was the exceptional natural beauty of the area. "The landscape is so dynamic; rolling hills and then the Cliffs of Moher. We see the sunrise and sunset. It's a magical place," she says.

Driving into the retreat centre I’m struck by the sense of space and greeted by a friendly dog, Moher, named after the cliffs. In the reception stands a harp. An outdoor hot tub and sauna sit nearby, as well as a geodome, where they grow organic vegetables.

With this level of care given to her clients; how much does Michelle give to herself? Unsurprisingly, self care is top of her priorities. Yoga and meditation are her daily staples but with her family and business she has to be more efficient with her time than she used to be.

“I set myself the task of regular and often. I’ve a calendar and I mark it every time I do my meditation and yoga practice. My rule is I never miss it twice in a row," she says. 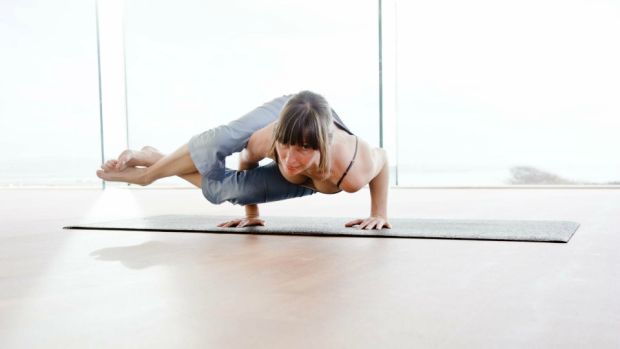 Of course, like everyone, Michelle’s life has its ups and downs. In 2010 Yoga Traveller was hit with a trio of challenges: the recession, the ash cloud and a coup in Thailand. They thought their business wouldn’t survive but instead of fretting they used it as an opportunity to rethink what they were doing.

“We could have kept fighting and pushing to make it work. But we thought ‘what can we do to make things better?’ And we actually came out the other side of the recession with our business intact,” she said with an air of disbelief.

She sees self-care not only as a means of creating more joy in one’s life but as a tool to future proof your mental health for difficult times.

“We are all in the cycle of happiness and sorrow. The reality of life is that tragedy and death touches every door. Things aren't always easy. Being InSync is being able to listen to yourself and to know what it is you need so that you’re prepared for when life isn't straight forward.”

Despite appearing like she has her life in perfect balance she says it's something which she falls in and out of. She places value in the difficult times which she sees as an opportunity for growth.

She uses mindfulness as a tool to come back to the moment again and again.

She describes the feeling of being InSync as a ‘knowing’ in the body. “Like going with the river rather than struggling against it”. It looks like the river has taken Michelle exactly where she is meant to be. 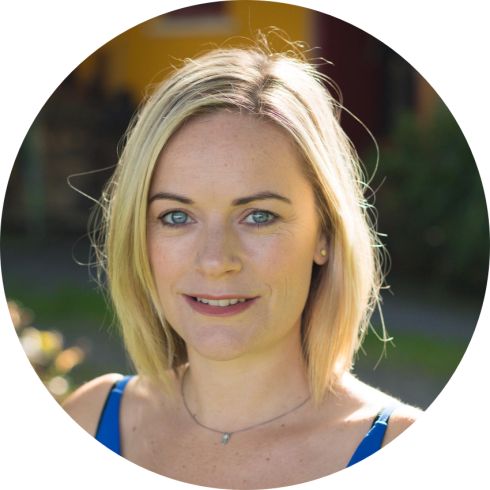