For Eduardo Duenas, the chance to rebuild his life has been an incredible experience, he says

For Eduardo Duenas, the chance to rebuild his life has been an incredible experience, he says 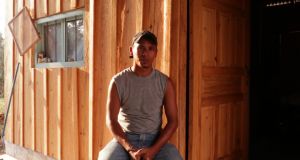 Eduardo Duenas is the eldest graduate of the Kenco Coffee Vs Gangs course. He had planned to leave Honduras for the US when he got his place on the course in 2015.

I interviewed nine people on camera for the Kenco Coffee Vs Gangs series during my time in Honduras. Eight of them cried during the interviews. My questions weren’t tough or hard-hitting. In fact, it was the gentlest of questions that seemed to bring tears to their eyes. While each time was a surprise, the saddest seemed to be that of Eduardo Duenas.

Eduardo is the eldest graduate of the Kenco Coffee Vs Gangs course. Twenty-nine years old and now living in his home village in the mountains, he is delighted that he can provide a home and a future for his wife and young children. But life for this man who claims that at 17 he had the worries of a 40-year-old wasn’t always so promising.

He had planned to leave Honduras and follow the route to the US when he got his place on the course in 2015. He says he tried everything to forge a life for himself. He was brought up well and learned all the good and bad of life in this small village. He’d travelled around Honduras for work, slept outdoors in rough conditions, put up with mosquitos, the lack of food and the heat of the fields, simply glad of the chance to work. But with his children getting older and all of them living in a tiny house with his mother he couldn’t see a future for himself at home.

A friend had left for the journey to the US the year before, sleeping rough, hiding from gangs, fighting hunger and thirst over 1,000s of kilometres north, and then, after deportation, he returned to Honduras without a left foot. Eduardo never found out for sure if it was an accident or the result of an attack but even this high price didn’t put him off. He was preparing to leave when news of the Kenco course came around.

Sitting on the porch of his new home on the land he’s renting in the village, he’s shy and retiring. He’s proud of himself, but says he’s taking nothing for granted. His eldest daughter is sick indoors and while he has a future he can grapple with, now the tears start to fall at the mention of his own father. He doesn’t explain too much except that his father died a few years before and he struggles to hold back his emotion.

Honduras is such a terribly damaged country, but there is something very beautiful about its people. Proud and cultured, they bring wide smiles and deep hearty laughs to every conversation. The people I meet are each on the cusp of rebuilding their lives. As part of my interviews I asked them to tell me who their hero was. It’s a simple enough question, designed to wind up the interview while getting a glimpse of a story they might not have told already. They each chose their hero to be a family member and each time it was someone who had died. A grandparent, a brother, mother, sister, cousin, friend. Everyone had stories of people they’d lost.

It’s not uncommon in any country in the world to cry at the thought of a loved one but somehow here the emotion was closer to the surface. There was no sense of shame in crying on camera, in a room full of people. Each time I got another layer of knowledge about how this deeply troubled country, despite everything, is still itself.

Eduardo’s hero was his father. He cried twice: once when he talked of how he was made a man in this place by his parents and then with the hero question. Perhaps it was because he was older and male that his reaction was particularly touching. Or it was simply that his honesty and gratitude for the life he’s forged for himself was so hard won.

He employs friends from the village now to work the land he received as part of an interest-free business loan after graduating the Kenco course. He carries the responsibility of this well, and is proud of the status it brings. He pictures himself in the future walking through tall coffee plants on his land, ripe for harvest, and smiles at the idea. He knows that he alone is master of that plan and for an eldest son that’s the greatest feeling in the world.

For more on the Kenco Coffee Vs Gangs project see irishtimes.com/sponsored/kenco or coffeevsgangs.com 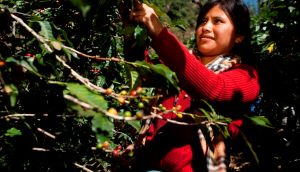