My Jaguar F-Pace: ‘I was completely blown away’

Exceptional sales have pushed the Jaguar F-Pace to the top of the country’s wish list, but what’s it like to drive?

Just six months on from its first appearance on Irish roads, the new Jaguar F-Pace continues to catch the eye of motorists across the nation. With exceptional global sales, and endless online searches through Jaguar’s official website, it is easy to see why it has become the company’s fastest-selling car since its foundation in 1922.

We took time out with three F-Pace owners to discuss the appeal and excitement that this brand-new performance SUV provides. 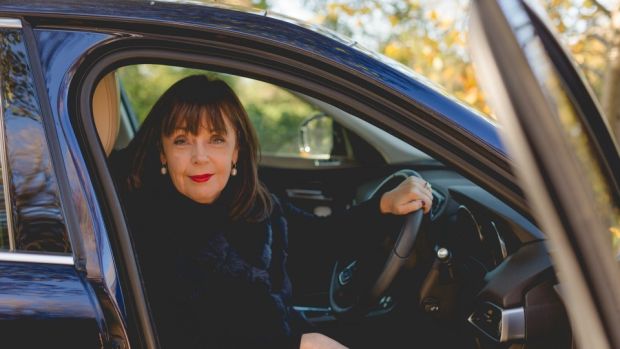 What is it that you like about the F-Pace?

“Well, in truth what I could happily say is, that the F-Pace has surpassed any expectation I ever had for the F-Pace itself. I thought I was driving my dream car, which was the Jaguar XF. Then just in conversation, it was explained to me that, if I like the XF, then I would definitely, properly fall in love with the F-Pace. I was invited out to have a look and have a test drive. I have to say I was completely blown away.”

Are there any features that have surprised you?

“Well, certainly the puddle light. I got the F-Pace in August, and I was leaving a restaurant. It was dark, and I clicked my key to open the door, and underneath the wing mirrors, there are puddle lights. It projects down ‘Jaguar’ on the pavement, and I know it’s probably only a small thing, but that kept me amused for about a week afterwards.”

Have you taken any long journeys in the F-Pace?

“I have. I’ve been to Mayo, I’ve been to Cork, and not that it was a long journey, but I was down in Laois last week. I have been getting suggestions over the years from my husband, who would love to get in a car and drive from the north to the south of France. I’ve always been resistant to the idea of a driving holiday, but I think I might be changing my mind in 2017.”

Do you feel it’s important to be experienced on the road when buying the F-Pace?

“Well, I mean it drives like a car. I’ve been driving now since I was 18, and I’m 52 now. I would say it would be intimidating to someone who hadn’t clocked up a good few miles over the years.”

Would you recommend it to friends and family members?

“Totally. If you were feeling insecure, and you needed compliments, you’ll get it if you are driving an F-Pace. I was at Goffs recently, and literally two different groups of men came up to talk to me as I was parking, to ask me, ‘how did I find it?’ I just think it’s really stylish. I actually think, for an SUV, it’s the coolest one I’ve seen.” 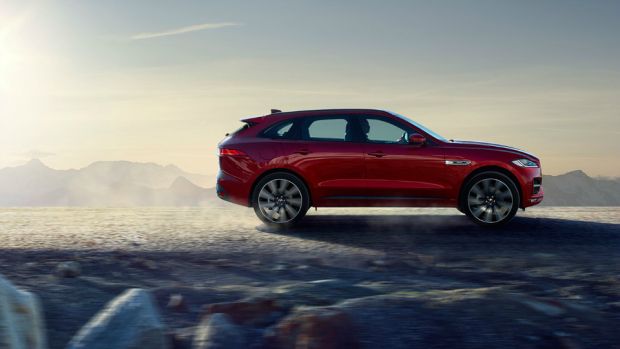 How have you been finding the F-Pace so far?

“Yeah, I love it. I don’t know when I first saw it online, or in a magazine, whatever, a year ago. Obviously before it came out. I just thought, yeah, it’d be nice to own one, and luckily enough Jaguar looked after me. I think I was one of the first to get one. It’s a beautiful car, and I’m very lucky to have it.”

Is this the first SUV that you’ve owned?

“More or less. Obviously, I’ve a wife and two kids. It’s perfect for us, and I live up in the hills of Wicklow, so I feel safe in it. It’s perfect for where I live. “A lot of my family kind of live up in the hills. My mom as well. She’s always driven SUVs, so I’m always on to her to maybe have a look. I’d recommend them to anyone who is shopping in that price bracket really.”

Have you taken many long journeys in the F-Pace?

“Just maybe a couple of tours around Ireland. Nothing major. A couple of trips over to the west of Ireland. That’s as max as it got. Like I said, I guess you can’t drive very far when you’re in Ireland, but it’s a beautiful car. I’ve no plans in changing it any time soon. I love it to pieces.”

How would it compare to previous cars you’ve owned?

“Listen, I’m no car buff. I can compare rides and engines, and what have you. As I said, I don’t know when they’re ever planning on revamping it, or whatever like that, but I wouldn’t look at another car any time soon. It’s the best car I’ve driven to look at, and then it matches up as well when you get behind the wheel. I’m very privileged to have one, and very lucky.”

Is it important to have experience on the road if you are looking to buy the F-Pace?

“Yeah, I guess experience comes with age. I don’t know, I can’t picture a 20-year-old, or an 18-year-old, flying, boy racing around the roads on it! I guess I’m still a young man, and I’d like to think I’m a good driver. It’s just pure comfort, it’s not for speeding about. Comfort, safety, it’s lovely to look at, and as I said, it’s just great for the family.” 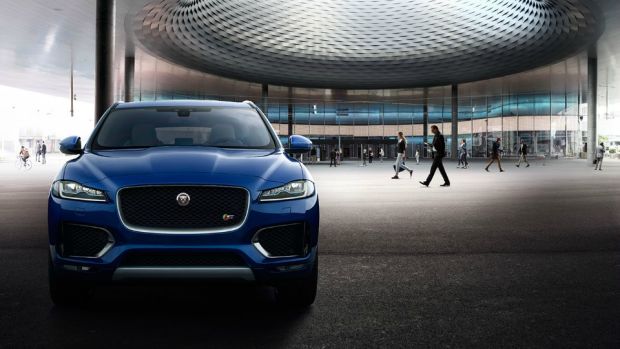 How have you found the F-Pace so far, and what features have piqued your interest?

“It’s a good drive. It’s a lot more economical than the car I had previously. The features on the car are good. The seats, the leather. I had them upgraded, and paid a little for the leather seats, which were very worthwhile I think. The miles per gallon are a lot better than I had previously, and for what it seems most SUVs run at.”

Have you always had an interest in SUVs?

“The last car I had was a Ranger Rover Sport, so I was always kind of into them. Before that, I drove an M3, so I went from an M3 to a Range Rover, and then to this.”

Have you taken many long journeys in the F-Pace?

“I have. I’ve been down to Kerry, and I’ve been to Sligo. A very comfortable drive on both occasions.”

Would you consider the F-Pace to be a major enhancement on previous cars you owned?

“Yeah, it’s definitely a lot more comfortable than cars I had previously. It just sits at a good height I think. Passengers found it very comfortable for the drive down as well. There’s good detail, they do look good.”

Would you recommend the F-Pace to friends and family members?

“I would definitely recommend it. I have recommended it to one or two of the people that I work with. They like them. I’m actually just expecting now. My wife just got pregnant, and it has all the ISO fixes and everything, so we should be right as rain for everything, hopefully. It has everything I need.” 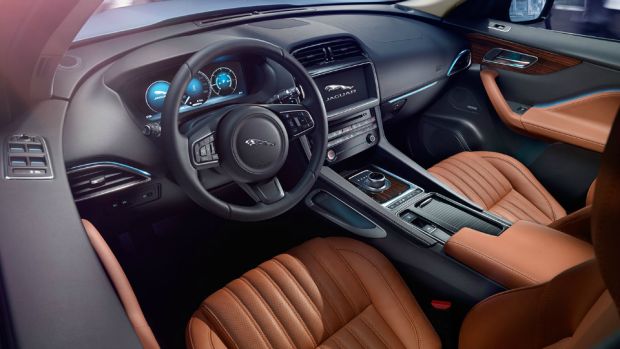 The F-Pace is the first SUV to be designed by Jaguar (which has its Irish base in Sandyford Business Park, Dublin). Inspired by F-Type, the new Jaguar F-Pace is a performance SUV that has the DNA of a sports car. From the bonnet bulge to the pronounced rear haunches, its powerful looks make it distinctive and give it a head-turning road presence.

A key function of the F-Pace design is its aerodynamic performance which helps to reduce fuel consumption, CO2 emissions and wind noise. It also adds substantially to high speed stability.

Given Jaguar’s sister brand Land Rover’s experience in extremely challenging terrain, it comes as no surprise that the Jaguar Land Rover engineering teams were always going to want the F-Pace to be more capable than a regular crossover. One example of how it does is a special system called adaptive surface response that assesses terrain and changes its settings accordingly.

The all-new F-Pace is a true five-seater with a spacious, luxurious interior, featuring premium materials and meticulous attention to detail. Luxury and spaciousness are matched by versatility with ample storage solutions and an exceptionally large boot space with 650 litres of capacity. This space is made all the more useable by its 1,255mm width – more than enough for two golf bags, for example, or four large suitcases. Plenty of room for all the family on a great drive.