Retiring with financial security to the serenity of the Wicklow hills

For Pat Wann, planning a future for her retirement when she was young continues to pay back today

For Pat Wann, planning a future for her retirement when she was young continues to pay back today 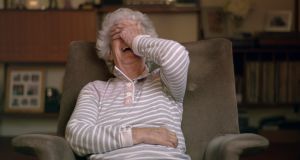 Pat Wann: "I met my husband because my father brought him home from the pub" 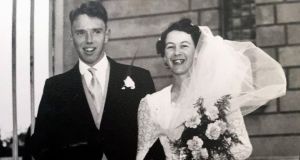 Pat and her husband Paddy on their wedding day 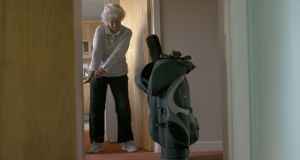 Pat Wann: "I started playing golf in 1979 and I just took to it from the start"

Pat Wann’s retirement setup is one that embodies calm and security. Living in a four-bed bungalow in County Wicklow, just south of the Glen of the Downs, her back garden looks across the Wicklow Hills – taking in a view of Altidore looming up into the skies.

It’s a quiet, sleepy neighbourhood, and has that sense of calm that envelops much of rural Wicklow, and also a sense of community where all the passersby know each other and their neighbours’ life stories.

Wann’s story started in Holles Street in Dublin 1931, one of six children born to a civil servant-fathered family.

“We lived in Castleknock, before moving to the Cabra Road,” says Wann. “I met my husband because my father brought him home from the pub. It’s true, you know. 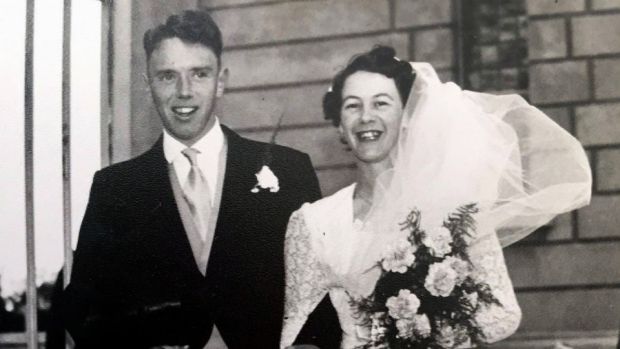 “My father met an old school friend in the pub and brought him home to the house, and with him was his nephew – Paddy. He was in the Met Police in London and I was working as a secretary in Dublin. We wrote to each other for two years and then got married in 1956 and I moved over to England.”

The next step for Pat was setting up home in Lowton in Essex, where Paddy continued to work in the police force and both began to set up a life plan that has paid huge dividends.

“We had three daughters, and were well set up over in Lowton, but then Paddy got thrombosis in his toe when he was 52,” continues Wann. “Then it was a case of him either taking a desk job in the police, which he would have hated, or retirement.

“So he decided to retire and we came over to visit Ireland in 1977; we were walking through Bray one day and he brought me up to an estate agent and said to me ‘look at that house for sale, doesn’t that look nice?’ So we saw the show house and put a £100 deposit on it. It was built over the next few years and we moved into the house in 1979.

“The police pension was very good and meant that we had money enough for him to retire. It had been a fantastic place to work and took very good care of us. They had also given us a rent allowance so we were wise enough to buy a house in England when Paddy was working, which the rent allowance paid for. So when Paddy retired we sold the house over there and we could buy the house in Wicklow and use the rest of the money from the sale to live on.

“His sister and brother-in-law, who had been in the Royal Air Force, had also moved over to Ireland in 1968 and bought a local shop, and they gave Paddy a job when he got back. So we had the money from the house sale, the retirement funds and also the job in the shop. We had also saved money while the three children were growing up. Paddy and I were always very forward thinking.

“We never really had any money worries, because we always made sure we had enough to pay for what we were using.”

Sadly, in 2003, Paddy passed away in his sleep while recovering from a hip operation, a moment which Wann recalls with sadness. But what is most striking about this woman is her mental youth and sharpness, which has been sustained beyond the passing of her life partner.

“I have two daughters that live very close by here in Wicklow,” says Wann. “That contributes to my good health as they can go shopping for me, or give me a lift somewhere. I love cooking and I love to have people over for dinner. I also have a lot of friends locally; I love to socialise.

“But the other thing that really sustains me is a positive attitude. Because sometimes I’ll be sitting here and I’ll say ‘God, I miss Paddy so much’ and I’ll feel the tears about to flow but then I’ll say to myself ‘shut up and get on with it.’

“I also started playing golf in 1979 and I just took to it from the start and was good at it - that helped to keep me healthy. I’m 85 now so I can’t really hit the ball very far any more, but I still practice my putting in the hallway. I also eat vegetables every day and try to avoid processed foods. 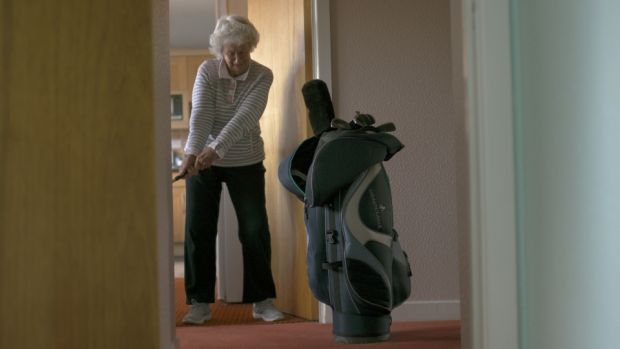 “But I think the most important piece of advice I have for all younger people is to live within your means. I think people want everything immediately nowadays. I remember getting my first washing machine and I was over the moon. These things made life worthwhile because we saved and always had something to look forward to.

“Don’t push yourself too much. Stick with what you’re happy with.”

Investec runs a wealth management service that helps individuals to invest and plan their finances in order to allow them to be financially comfortable in their retirement years. Your pension fund is part of your family’s balance sheet that can pass on to spouses or children should one die before the maturation of a policy, so planning wisely is essential.

How these funds are managed is of vital importance and Investec offers the service of managing assets and client portfolios on a bespoke basis, working with clients individually.

In contrast to many pension investment companies, Investec works actively with clients to ensure that their finances are astutely used and wisely invested making sure their funds are used in a way that matches their risk profile on a case-by-case basis. The goal of this approach is to optimise their pension structure and tax relief.

This approach is based on how much clients put into the fund and when they begin to contribute – the earlier the better.

Investec prides itself on being able to manage funds in the most appropriate manner given all of these varying elements so that clients can self direct their investments.

If you have questions or would like to discuss Investec’s wealth and investment schemes further please contact: