‘Ireland needs to become a leader in the govtech space,’ says Una Fitzpatrick 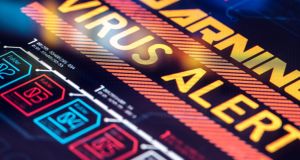 ‘Ireland needs to position itself as a leader in cybersecurity.’ File photo. Photograph: iStock

The requirement for a minister of state with responsibility for digital affairs, skills shortages, infrastructural deficits and the implementation of the National Cybersecurity Strategy are just some of the issues highlighted by the Ibec group, Technology Ireland, in its recently published policy document Supporting the Irish Technology Sector.

The industry has been a huge success story for Ireland, according to Technology Ireland director Una Fitzpatrick. “The digitally intensive sector now employs over 210,000 people and accounts for 13 per cent of Ireland’s GDP,” she says. “Those figures continue to grow. Nine of the top 10 global software companies, nine of the top 10 US technology companies and all of the top 10 born-on-internet companies have their EU headquarters in Ireland. Of course, it’s not just a story about multinationals. We have a thriving indigenous technology sector as well. When you have an ecosystem that encourages innovation and digitalisation it allows all companies to thrive.”

She believes the sector has coped well with the impact of Covid-19. “Every sector has struggled to adapt but the technology sector has probably performed better than others due to its ability to adapt quickly and its familiarity with the very technology that allows us to work remotely,” says Fitzpatrick.

But there are still challenges to overcome. “Not all employees can work from home,” she notes. “People working in areas like semiconductor production, manufacturing and datacentres don’t really have that option and solutions have had to be found. It’s been a steep learning curve for our members, and it will have an impact on how they operate in the longer term.”

Technology firms have also been reaching out to companies and organisations in other sectors to help them deal with the impact of Covid-19, she adds.

Fitzpatrick also believes the sector will have a wider role to play in Ireland’s recovery from the crisis. “Many of our members have already been helping firms to cross the digital divide with online training and webinars and so on. They are also assisting with the move to working from home. In other cases, they have been providing laptops for students in disadvantaged communities and technology solutions for charities which have been hit quite hard. Technology will be one of the sectors that drives the Irish recovery.”

Part of that contribution will be employment creation and that brings her to the skills issue. “We have a highly skilled workforce and we need to produce more skilled people.”

One area of particular focus is the need for a dedicated minister for digital affairs. “This so important,” says Fitzpatrick. “There is a digital dimension to every business and organisation to some extent. If we had a minister based in the Department of the Taoiseach that could concentrate solely on digital affairs with the power to reach across departments then a lot of our other needs would be met.”

Support for digital SMEs and start-ups is one of the areas such a minister could address. “Medium-sized Irish digital enterprises could become multinationals if they get the right support,” she says. “Access to liquidity and bank support are also really important. Brexit is not going anywhere but it has not gone away. There is a real risk around post-Brexit data flow and this needs to be addressed. From an operational point of view, Ireland needs to become a leader in the govtech space. The private sector has moved ahead with digitalisation, but we need greater adoption by government. It is important that we have someone at the heart of government to drive the changes we need to see, to drive the ongoing digital transformation.”

The role should not be restricted to the national stage. “We need to have the right people in place to represent us at European level.”

The National Cybersecurity Strategy is another area which requires urgent attention, according to Fitzpatrick. “This needs to be implemented. One third of Europe’s data is stored here and Ireland needs to position itself as a leader in cybersecurity. We don’t have same legacy defence industry as other countries, so we need to have our own strategy. The strategy is not just a nice thing to have, it’s an absolute necessity if people are to be confident that their data is secure here.”

She hopes for a swift conclusion to the government formation process. “There are infrastructure and other issues coming to the fore at the moment that can’t be addressed until a government is formed,” she notes.