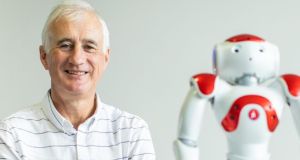 Every business is now a software business in one way or another. That’s the view of Lero director Brian Fitzgerald, who points out that everything from medical devices to lawnmowers now has a software component. “Companies which saw themselves as in the telecommunications, semiconductors or medtech spaces are becoming software companies,” he says.

Lero is the Science Foundation Ireland Research Centre for Software. Its overall vision is to establish Ireland as a location synonymous with high-quality software research and development, to the extent that Irish software can enter the lexicon in the same way as German automotive or Scandinavian design.

“We are now 15 years old,” says Fitzgerald. “We started in 2005 with four universities working on the theme of software engineering research. We now have 300 researchers with 10 institutions involved including all the universities along with IT Tralee and Dundalk IT.”

He cites Husqvarna as an example of a company which has moved more and more into the software domain. They have developed intelligent robotic lawnmowers which will not just mow lawns and navigate their way around them safely without cutting down the flowers, messing up the sandpit or driving into the ornamental pond. The mower is also connected to weather forecasting and other services and will come out a day early to avoid rain when necessary.

“It also monitors the usage and performance of the machine in order to manage and minimise maintenance,” Fitzgerald adds. “It will alert owners to inappropriate usage and so on. It is now a software-driven business. That is happening everywhere and things that used to be done by the hardware are now done by software. We see this in software-defined networks, for example. Software development is now a really big issue for companies that didn’t think about it before.”

But the pervasiveness of software will present challenges for us all. “Amazon updates its software every 11 seconds and that’s fine, but you wouldn’t be too happy if you were flying an aircraft and the software on that was being updated all the time,” says Fitzgerald. “It’s all about context, values and ethics.”

In relation to the ethical questions raised by the ubiquity of software, he mentions Harvard law professor Larry Lessig, who has argued that “code is law”. Lessig’s contention is that computer code – or “West Coast code” now regulates conduct in much the same way that legal code – or “East Coast code” does.

“Software code is invisible,” he says. “We can’t see it but it’s making decisions for us all the time. They are mostly the right decisions and that is good. But with the Boeing 737 Max the software assumed the pilot was incorrect in what they were trying to do and overrode them with tragic consequences.”

He believes software overriding human decisions is mostly okay as it is generally more accurate and helps eliminate human errors. The problems arise when the software itself is flawed or has been designed with a malign purpose.

“We have to look at the ethics of it,” he says. “It’s a little bit like medicine and the Hippocratic oath – do no harm. Developers shouldn’t create software to do harm or which can be used inappropriately. We are facing new ethical dilemmas and we have to deal with them.”

Away from these ethical questions, Lero’s work with industry partners is delivering real benefits to the economy and society. In one case it has developed a machine-reading algorithm which can detect cancers in mammograms better than human experts. “We are using of machine vision to augment human expertise,” he says.

That same technology is also being applied to agritech to assess calf health. “When calves are feeding in a barn the machine weighs them as it feeds them. A calf’s eyes are very good indicators of its health status and by scanning their eyes during feeding the machine could alert the farmer if it appears to have a disease. If disease is identified early, its spread can be prevented.”

Also in agritech, Lero is working on food traceability systems using blockchain technology. “That feeds directly into govtech with citizen identity information being protected in the same way”, he says.

Another project with the Bon Secours Hospital in Tralee looks at hip replacement surgery. “One of the reasons hip replacements fail is due to the implant not being seated properly in the bone. We have developed a method of tapping the bone to measure how well it is seated.”

Fitzgerald believes the next five years will be even more exciting and interesting for Lero. “The pace of chance is fascinating for me. Five years ago, Google Glass was a big thing but that soon disappeared. Things change. Trust is going to be a big issue. If software is going to run the world we will have to make sure it does it properly and ethically.”