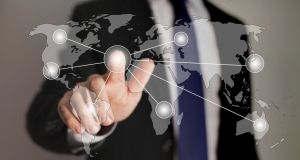 Organised by the Irish Tax Institute, the conference will discuss how new tax rules will affect companies and countries across the world

Next week Dublin Castle will host some of the world’s most important taxation decision makers and experts, there to discuss how new global tax rules will affect companies and countries across the world. Organised by the Irish Tax Institute, the Global Tax Policy Conference will hear from top tax policy-makers such as Pascal Saint-Amans of the OECD, Valere Moutarlier of the EU Commission, Bob Stack of the US Treasury, as well as top executives from multinationals who will share their experience of global tax changes.

“This truly global conference is coming at a hugely important time in the tax agenda and is the largest international corporate tax gathering that we have had in Ireland”, says Irish Tax Institute chief executive, Martin Lambe. “We have 28 of the biggest names in tax from around the globe including the UK, the US, Australia, Singapore and across Europe, while we have companies, tax advisers, government officials, and revenue authorities from 25 countries travelling to the event.”

He says the world is in the middle of some of the greatest corporate tax reforms in decades, with some key decisions being taken.

“The conference title ‘New rules for a new era’ certainly reflects the reality of what’s happening,” he says. “The OECD and the European Commission are moving from an extensive period of consultations and proposals to actual implementation. This will have an impact on multinationals everywhere. These companies are interested in the major tax issues at play, from tax transparency and data sharing to transfer pricing and treaty changes. They’re also watching closely how each country is handling the implementation. All of these issues will be addressed and discussed at the conference.”

Under the new rules, tax will follow the activity rather than the tax function being a profit centre for companies. “We are saying that playtime is over,” says Pascal Saint-Amans. “We are telling people that things have changed and you can no longer engage in aggressive tax planning. You can’t have an era of globalisation without regulation.

“Countries are sovereign when it comes to tax but that sovereignty can be undermined by a lack of cooperation. There could be a backlash where countries establish unilateral protectionist mechanisms. The new rules are very good for small countries like Ireland. Small open economies need international tax rules and they do not want to be hit by unilateral protectionist actions by larger countries.”

PwC managing partner Feargal O’Rourke believes the conference comes at a critical point in the global tax debate. “We are going through the most fundamental change in global corporation tax since the first World War,” he says. “This is due to a number of factors including austerity. People were paying increased taxes and were asking questions about the taxes being paid by companies. Disintermediation is another factor. Years ago when you bought a CD which was manufactured in Germany, based on a recording made in Britain and sold in Ireland, everyone picked up some tax.

“The internet model has caught up and exposed the fault lines between the 20th century tax model and 21st century business models. For 100 years the principle of corporation tax was based on a physical presence. That is changing. We are in a five-year window which will define the corporate tax system for the next century – the 2013 to 2018 period will define the rest of the century.”

Companies and tax practitioners will be hoping to find some answers at the conference, says EY tax partner Joe Bollard. “The conference is very important. We are at the point where we don’t know where some of the key players such as the US are going to go with BEPS. It is a very dynamic debate because we are at the start of a period of lots of change. Companies are wrestling with what the impact will be and asking if they will need to be structured differently.”

Institute policy director Cora O’ Brien believes tax is moving further up the agenda in the boardroom because it’s having more and more of an impact in terms of financial and reputational risk.

“Companies are reviewing their business models and their risk frameworks against the new global tax principles so this conference is very timely for them,” she says.

Deloitte head of tax Lorraine Griffin believes public, media, and political interest in what tax multinationals are paying and where they are paying is one of the main reasons the conference has commanded so much international attention. “There is a much greater emphasis on tax transparency and tax has entered the mainstream. If you go back 10 years people wouldn’t really have had a clue about multinational taxation.”

The quality of the participants is a key factor. “The fact that the conference will include representatives from the EU, US, OECD, IMF and all the main tax actors globally is very important,” says Griffin. “That’s a really interesting group of people to have in the same room, at one of the most significant junctures for tax law in history. It will be of huge interest to have all those people here at the same time.”

The conference is particularly timely as a result of the publication last month of the framework for participation of non-OECD and G20 members in the OECD Committee on Fiscal Affairs.

“The new framework will open up the Committee on Fiscal Affairs to developing countries,” says Saint-Amans. “The pressure was coming from developing countries to be part of the BEPS process and we are doing this now. For countries like Ireland it is very important that there is no free pass for anyone. All countries will be pulled in by this inclusive framework.”

Multinational companies will attend the conference to hear about the experiences of other companies, says Lambe. “Senior executives from companies around the world including Intel, Vodafone, Shell and RELX will talk about their experience of the new global tax rules. That will be most interesting, especially given the fact that they operate in very different sectors. They will bring very interesting perspectives to the discussions.”

Growing public interest in the tax affairs of companies means much more attention is being paid to a company’s tax strategy according to Irish Tax Institute communications director Olivia Buckley. “Multinational guest speakers at the conference will be talking about how they’re dealing with the new tax landscape and the increasing demand for tax transparency. With so much focus coming on country by country reporting, we are truly entering a new era in tax.”

The crucial role of the US in the current reform process is another reason the conference is proving to be such an international attraction.

“The presence of Robert Stack from the US Treasury, David Camp, former chair of the US House of Representatives Ways and Means Committee, and other leading tax experts from the United States, is also a major attraction, especially given the level of US investment in Ireland and the strength of the economic relationship between both countries.”

KPMG tax partner Conor O’Sullivan agrees. “The conference is so popular and attracting so much attention because there is so much going on and a lot of people are looking at each other and just waiting and seeing how it will play out, particularly in relation to how the US implements the new rules. There are a lot of people in the Senate who are very unhappy about it and see it as a landgrab against US companies. We will see companies at the conference discussing how things might work out.

“Companies are going to face into more tax disputes than ever before and they want to know what to expect and how to prepare for it.” The Global Tax Policy Conference, presented by the Irish Tax Institute and the Harvard Kennedy School Ash Center, is at Dublin Castle from March 9th-11th.