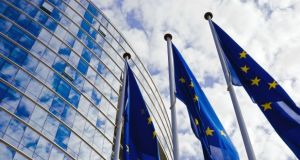 As governments sign up to tighter rules on cross-border taxation practices at OECD level, there has also been an increased focus on multinational taxation regimes from the European Union.

The current European Commission, which took office in November 2014 under the leadership of Jean-Claude Juncker, has put corporate taxation at the heart of its agenda, promising to tackle the issue of aggressive tax planning over its five-year term.

The Luxembourg Leaks scandal, which revealed how thousands of companies had reduced their tax bills through specific tax arrangements with Luxembourg, intensified public demand across the EU for fairer tax practices. The fact that Juncker was Luxembourg’s prime minister when many of the deals were negotiated undoubtedly increased the pressure on the commission to act.

The commission’s director for direct taxation, Valère Moutarlier, who will address the Global Tax Policy Conference, says Ireland has nothing to fear from the new tax rules, noting that member states will still be able to set their own corporate tax rates.

“Fair and effective taxation does not mean minimum taxation,” he said. “We are not touching member states’ right to set their own corporate tax rates. Ireland has nothing to fear on that front.”

Moutarlier also stressed that the main aim of the new proposals was to ensure a level playing field for all companies.

“The majority of companies do not engage in aggressive tax planning,” he said. “We want to remove serious competitive distortions for companies that pay their fair share of tax.”

Over the past year, the European Commission has followed through on its promise and proposed a series of legislative measures to tackle perceived tax loopholes.

Most controversially, last year the commission announced plans to revive the Common Consolidated Corporate Tax Base (CCCTB). The proposal would allow companies to calculate their tax liability by using a common EU system. It has been mooted by the EU for some time, but previously failed to gain the support of member states.

In a bid to secure political buy-in, EU economics commissioner Pierre Moscovici has proposed a two-phase system that would see the consolidated element deferred until a later date. A full proposal is expected this autumn.

Ireland and other countries which have traditionally opposed the CCCTB have said they are prepared to reserve judgment until the final proposal is unveiled.

Will the final proposal address the concerns of member states such as Ireland? “We have listened carefully to member states’ expectations on the CCCTB, and our proposal will reflect this,” remarked Moutarlier.

A central plank of the commission’s clampdown on tax avoidance is its recently unveiled anti-tax avoidance package. Among its main proposals is a controlled foreign companies rule, which aims to stop companies shifting profits to lower-tax jurisdictions in order to reduce their tax bill.

The commission also wants to limit the amount of interest repayments on loans that companies can claim. This would attempt to stop the practice where companies set up a subsidiary that provides a loan back to the parent company, so the company can take advantage of tax-deductible interest payments.

In addition, countries should tax those dividends coming into the EU that have not already been properly taxed, according to the Commission.

Complementing these main proposals is a proposed general anti-abuse rule, which would give EU countries the power to tackle artificial tax arrangements if other specific rules don’t cover it.

The commission also proposed a new “external strategy” to help EU countries deal with third countries, including the introduction of a list of countries that should be screened by member states.

As with all EU proposals, the commission’s legislative proposal is only the start of the lengthy EU decision-making process, and the proposals must receive the support of all member states at the Council of Ministers level.

The first official consideration of the new measures took place at an Economics and Financial Affairs Council meeting of February 12th in Brussels. In a move likely to be welcomed by Ireland, a number of finance ministers, including Germany’s Wolfgang Schäuble, said the EU proposal must not go beyond the agreements reached at OECD level, which Ireland and most EU countries have already signed up to.

Also in the pipeline is a commission proposal on new country-by-country reporting requirements for corporate compliance. This is expected in April.

In parallel to the measures being prepared by the European Commission’s directorate general for economics affairs, the commission’s powerful competition division has also flexed its muscles in terms of corporate tax. The launch of anti-trust investigations into Apple’s tax dealings with Ireland, Starbucks tax arrangement in the Netherlands, and tax rulings offered by Luxembourg to Fiat and Amazon marked a new front in the EU’s clampdown on corporate tax planning.

While the commission’s competition division had previously probed corporate tax arrangements in some member states, these enquiries represent the biggest reach of its competition regulators into the tax regimes of member states to date.

The Apple judgment, due this year, will be closely anticipated by the next Irish government. The current Government has vowed to refer the case to the European Court of Justice in the event of an adverse finding against Ireland.

In terms of the impact of the proposed EU measures on indigenous corporate and multinationals working in Ireland, the key issue is whether the EU measures go beyond OECD standards.The answer should become clearer as the year progresses.

Ultimately, Ireland and other countries, such as Britain, Luxembourg, the Netherlands and the Nordic nations, are likely to strongly argue their case around the EU negotiating table over the next few months. Their argument: the need for fair taxation must be balanced by the need to maintain Europe’s competitiveness.

Ensuring any new EU rules on corporate taxation do not encourage companies to move outside Europe is likely to be a key argument in the months ahead.