Unexpected witness: what to do if you suspect domestic abuse

Do you know what you would do if you witnessed domestic abuse? 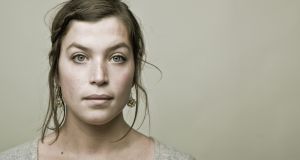 It may seem counter-intuitive but if someone does reveal that they are a victim of domestic abuse, the most important thing you can offer them is support, not advice.

For Melanie*, an advertising executive, answering is harder than she thought. “If you had asked me a month ago, I’d have reckoned I was very on the ball. Now I’m not so sure. And worse, I’m not sure what to do about it.”

The problem is that on a night out in a restaurant with her husband and another couple, a row broke out.

“My friend’s husband can be a bit hard to take sometimes – great fun, but moody too. If you get him on the wrong subject or say something he doesn’t agree with, he is like a dog with a bone. He gets really dogmatic and doesn’t let up until you’ve agreed with him,” she says.

“At this stage we know the red-button topics so we skirt around them. Actually we laugh about having to head him off at the pass, so it’s always been a kind of in-joke between us. Or so I thought.

“That night he arrived already in a mood. He said little and nothing at all if his wife was speaking. My husband made what was perhaps an ill-timed joke about them having had a row on the way over. He was just trying to lighten the mood but it had the opposite effect. My friend’s husband went off on one,” says Melanie.

“He said some seriously nasty things to his wife and stormed out. We were gobsmacked. But what amazed us more was that she kept excusing him and telling us how stressed he was and that she was so sorry – as if she had done something wrong. I’ve spoken to her a couple of times since but she never mentioned it again and now I’m afraid to bring it up.

“All I can think of is ‘if that’s what he’s like in public, what’s he like at home?’ But I don’t want to embarrass her by suggesting that what was bad enough might actually be something far worse. So what do I do?”

According to Cosc, the National Office for the Prevention of Domestic, Sexual and Gender-based Violence, and organisations that work in this area, there are signs to look out for that can indicate someone you know may be experiencing abuse.

These can include a person appearing to be overly anxious to please or being afraid of their partner. It could be that they seem to have limited access to money, a car, or have become isolated from family and friends.

That sounds like someone I know but how do I start that conversation?

Choose a time that is safe to do so and tell your friend you’ve been concerned for them. It’s a non-judgemental approach that can help people feel comfortable about opening up. If they say nothing is wrong don’t probe, just let them know you are there if they ever want to talk.

What if they say they are suffering domestic abuse?

Assure them that it is not their fault, that they are not to blame and that no one deserves to be treated that way.

What advice should I give them?

None. It may seem counter-intuitive but if someone does reveal that they are the victim of domestic abuse, the most important thing you can offer them is support, not advice. The fact is, you can’t make someone leave a relationship if they are not ready.

Why don’t they just leave?

For many reasons, but be aware too that leaving an abusive relationship can be the most dangerous time for a victim and s/he is best placed to assess that danger for themselves. Give them options and offer to support them along the way, but don’t put pressure on them. That will only isolate them further by making them feel they can’t confide in you.

Where can I find resources to support them?

You can find a full list of support services for victims of domestic abuse on whatwouldyoudo.ie. The website, as well as many of the service’s linked websites, have been designed so they can be accessed in a way that won’t show up in a person’s search history.

Should I tell anyone?

If you think someone is in immediate physical danger, call 999. Otherwise, it’s important to assure the person that what they have told you will stay between you. Breaking their trust may isolate them further, and could even put them in danger.

About the What Would You Do? campaign

What Would You Do? is a national awareness campaign designed to raise awareness of domestic and sexual violence, to bring about a change in societal behaviours and to activate bystanders with the aim of decreasing and preventing this violence.

It shifts the focus from the victim to bystanders to help prevent this violence and hold the perpetrator to account. It recognises that women and men are victims.

* This piece is based on more than one bystander’s experience. Identifiers have been changed.