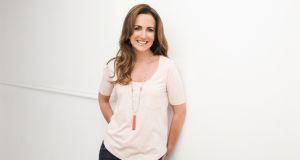 Broadcaster Lorraine Keane: “I thought that menopause was from 50-plus and all about hot flushes, I didn’t really know about perimenopause.” 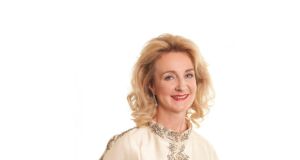 Dr Mary Ryan, consultant endocrinologist and senior lecturer in the University of Limerick and Barrington’s Hospital

Quite often, after a long day of work, cleaning the house, getting the dinner on, tomorrow’s lunches, laundry and the million other things on a woman’s to-do lists, the last thing a woman might feel like is having sex. But experiencing a low sex drive may be more than just “I’m too exhausted darling,” and something that could be symptomatic of the changes your body is going through in perimenopause and menopause.

Broadcaster Lorraine Keane can reflect on this experience, starting to experience a lower libido but putting it down to her lifestyle. “You blame everything else, like being busy, being tired and, because, as women we do too much, we multi-task, we take on everything and put ourselves last. Then you look at your partner who is clearly doing less. When it comes to my life anyway I just do more, when it comes to childcare, household chores, I probably have myself to blame because Peter (Keane’s husband) is just as good at looking after the children as I am. He’s definitely not as good at looking after the house as I am,” she laughs.

“As a result you get tired and look at him thinking ‘And now you want to get all romantic with me? What else can I give to this family’,” she laughs. “Give me a break, I’m wrecked.”

“So you just accept it, and that’s wrong. It can also harm a relationship and even though you love a person you might not feel romantic and think that it’s just tiredness. It can be partially that but a huge part of it can be hormones and it is so important for women to keep an eye on what’s going on with our bodies internally,” she says.

Keane, while not menopausal, is perimenopausal and an ambassador for Cleanmarine MenoMin, a natural food supplement that helps women through perimenopause and menopause.  Perimenopause describes the symptoms caused by normal hormonal changes that happen to women as they get closer to menopause and their fertility begins to decline. It usually begins in women’s early forties. The change in oestrogen and progesterone levels mean women may experience hot flushes, night sweats, low libido, feeling emotional, fatigue, poor sleep, vaginal dryness, memory loss, confusion, headaches, poor skin tone and thinning hair. However, there is hope as diet, lifestyle changes and nutritional supplements can all help to manage these symptoms.

Keane, like most women, had no idea of what perimenopause was or that it could be affecting her. “I thought that menopause was from 50-plus and all about hot flushes, I didn’t really know about perimenopause. When Cleanmarine Menomin approached me and mentioned the symptoms of perimenopause, I realised I did have some of them. I said I would try it out for a few months because I didn’t want to endorse something I didn’t genuinely believe in and feel passionate about and it’s been great,” says Keane.

Dr Mary Ryan, consultant endocrinologist and senior lecturer in the University of Limerick and Barrington’s Hospital, says that it is very natural for women to experience a low sex drive in perimenopause and menopause, which can be due to a hormonal imbalance that causes fatigue. Lifestyle changes are key, she says, and women need to stop trying to do everything and start saying “no”.

“I regularly see it with women; they’re making the children’s lunches, then they go into a day’s work, then they come home and do the washing, they multitask too much. While men have improved a lot, women still see it as their role, even the modern women which is tragic, as they feel they have to do everything and be ‘Supermum’.”

I’m always saying to women ‘stop trying to prove yourself’, that’s all part of the low self-esteem. They must have self-respect

“They don’t actually allow their partners to help or they’re too lenient and they burn out. This exacerbates the two, hormone imbalance and resulting fatigue. I’m always saying to women ‘stop trying to prove yourself’, that’s all part of the low self-esteem. They must have self-respect, start being in bed at 10pm and pace. We need to start educating women on how to look after themselves because it’s critical around perimenopause and menopause. They need to pace and allow the body to adjust to the hormonal changes brought on by perimenopause and menopause. This can cause many women to feel overwhelmed, exhausted and distraught.

“The critical thing is to educate women that they are not depressed. This is just a hormone imbalance and hormone imbalance can be helped with lifestyle changes, supplements and medication if needed,” says Dr Ryan.
“Puberty starts at 13 when our pituitary gland starts activating our ovaries but from around our early 40s the hormones start going up and with that a lot of women get very emotional because there are two major hormones rising,” says Dr Ryan.

“Once hormones rise it puts extra pressure on everything in the body and you get a hormone imbalance and that’s what causes the fatigue, the emotional feelings, it is not depression. Depression is over-diagnosed.”

“Once women know about (hormonal changes) and they make a lifestyle change and recharge more so that the body can deal with that change, the body can cope better and you find your energy levels come back up,” says Dr Ryan.

In a recent study* 66 per cent of women who had developed libido problems during their menopause noticed a significant improvement in sexual desire by taking two capsules of Cleanmarine Menomin for three consecutive months. 77 per cent of the women suffering with severe hot flushes saw a significant reduction within 30 days, whilst over 80 per cent of the women in the study felt it had a positive effect on their menopausal symptoms and improved their quality of life.

“I think it is important that doctors and pharmacists know what supplements their patients are on and advise accordingly. There has been research done on Cleanmarine Menomin. I know what’s in it, I know what it does, I know what it doesn’t do, and therefore I’m happy that women are taking it. If it’s not sufficient then they can go on HRT or (other treatments),” says Dr Ryan.

“In Ireland, while we’ve come on a long way, women have been suppressed for a long time and were supposed to ‘put up, shut up and get on with it’. Now women are working and their self-confidence is going up and therefore they feel that they should speak about menopause. There is so much more out there for women now (other than HRT) and they don’t need to suffer, that’s really what it’s all about,” says Dr Ryan.

Lorraine Keane is a spokesperson for Cleanmarine MenoMin Omega 3 Krill Oil, blended with B vitamins, folate, biotin and soy isoflavones. It is available in health food stores and pharmacies nationwide. This synergistic combination is ideal for perimenopausal and menopausal women, helping to regulate hormonal activity, maintain normal mucous membranes, as well as reduce tiredness and fatigue.

See Dr Ryan, plus a panel of experts, speak at ‘Let’s Talk Menopause’ in Cork on Tuesday, February 28, 2017. For more information visit www.cleanmarine.ie

* To read this study go to http://bit.ly/2oCxzvQ (Percentage results taken from subsequent unpublished sub-analysis of data)