Do you know how much you could save by switching mortgages?

Research suggests one-in-five could save by switching mortgage provider. What’s involved and where can you get advice? 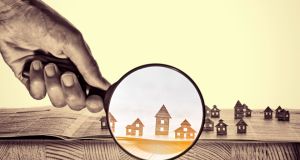 Start off by going to ccpc.ie and learn more about the process. Find out if you are eligible to switch. Then start comparing rates using the mortgage comparison tool on the CCPC website

A mortgage is more than likely the largest monthly outgoing for any homeowner. After making it through the process of securing their first mortgage, many people may not relish the prospect of ever applying for another. But if there was tens of thousands of euro at stake, over the lifetime of your mortgage, would you think differently?

Research from the Central Bank of Ireland shows that one-in-five could save by switching their mortgage.

However, switching is not easy – you are essentially applying for a new mortgage - and the same level of eye-watering documentation and form filling that was required for your first mortgage will be needed again. Áine Carroll, director of Communications and Market Insights at the Competition and Consumer Protection Commission (CCPC), says that the potential savings can be significant and in some cases, the monthly savings could have a significant bearing on your household budget.

“Even a minor difference in the interest rate that you pay could save you thousands over the course of the mortgage,” she says.

Focus groups that were formed by the CCPC to discuss mortgages earlier this year found that consumers who had switched loved the “sense of control it gave them.”

Carroll said those who had moved their mortgage to a new lender became real advocates for changing mortgages, but they also acknowledged that the process is time consuming and complex.

“However, they found that by getting a much better deal that saved them thousands of euros gave them a sense of empowerment,” she said.

So what first steps should a potential switcher take?

“Start off by going to our website ccpc.ie and learn more about the process. Find out if you are eligible to switch. Then start comparing rates using the mortgage comparison tool on the CCPC website, where you can input your mortgage details, including the outstanding amount owed, the current value of your home, how many years are left on your mortgage and the amount that you pay every month. It will show all of the available options on the market right now, for both fixed-rate and variable-rate mortgages and will show the difference between what you’re paying now and what you could be paying by switching to another provider,” Carroll says.

In the focus groups, we found a bit of reticence with some of the consumers to take the first step

If it looks like there’s a better deal out there for you and you have made the decision to switch, talk to your lender to see if they’ll give you a better rate. If not you can take the next step and can contact the individual lenders or go to the switching section on the bank or mortgage provider’s website.

“In the focus groups, we found a bit of reticence with some of the consumers to take the first step as many of them felt they have a mortgage they can afford and are comfortable with what they’re paying’.

“They recognised that while there could be a cheaper rate available, once they can keep up their repayments, there’s a bit of a reluctance to even contact lenders. But we would say there is no harm in finding out what’s available, even if you decide not to switch in the end,” she says.

In terms of the cashback offers and incentives currently being offered by banks in order to attract switchers, Carroll says, “They’re very prevalent now around the marketing of mortgages. Looking at bank websites,  they tend to lead with the incentive first, as opposed to their actual rate.”

The incentives can look really attractive but when people compare the value of those incentives to the potential difference in the overall cost over the lifetime of the mortgage, it doesn’t really make sense.

She says it’s understandable how tempting upfront cash can be but with a potential saving of over €43,000 over the term of the mortgage, in this instance, it’s not worth it.

In terms of who can switch, Carroll says most people will find they can switch, once they have all the correct documentation in place, but there are exceptions.

“If you have a tracker mortgage, it will probably not be worthwhile switching as your rate will likely always be lower than anything that might be available on the market. If you have had difficulties in terms of repayments or been in arrears at any stage, that might preclude you from switching. Some lenders would have particular lending policies in terms of Loan to Value (LTV), so if you have a very high LTV or negative equity you may not be able to switch to all lenders, but it wouldn’t be the case that you’re automatically excluded.

She says homeowners in cities where there is a big demand for housing may have seen their LTV ratio decrease considerably as there is so much equity in their home, meaning they can get a much more favourable rate if they switch mortgages.

Switching to a new lender is like when you took out your mortgage in the first place – except that you don’t have the complexity of buying a house tied up in it.

So how difficult will it be for a homeowner to switch?

“It isn’t an easy process, unless you’re switching from one rate to another with your existing lender.  Switching to a new lender is like when you took out your mortgage in the first place – except that you don’t have the complexity of buying a house tied up in it. If you think back to when you were buying your first home, how much of the administration and paperwork was around the legal process of buying the house and how much was actually around the mortgage itself? There is work to do and it takes time and effort but it could really be worth it in the end.”

Seven things to consider before switching