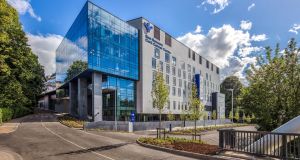 A five-year plan encompassing one strategic vision, six strategic goals and 20 strategic initiatives sounds ambitious, if not downright optimistic. Yet the Bon Secours Health System (BSHS), Ireland’s largest independent hospital group, finds itself in the closing months of its 2016-2020 plan having accomplished a far-reaching programme of capital investment and service improvement.

With more than 3,000 staff and 450 leading consultants, Bon Secours treats in excess of 300,000 patients annually in its five acute hospitals in Cork, Dublin, Galway, Limerick and Tralee, as well as its Care Village in Cork. The plan saw more than €150 million invested across the five different sites of the health system in order to provide more services to the communities in which they are located, Bon Secours Health System’s chief executive Bill Maher explains.

He says the goal of the 2020 plan was to makes its objectives tangible, resulting in meaningful improvements for staff and patients alike.

“We never rest on our laurels and we are constantly looking to provide the best care that we can. Our tagline is “advanced medicine, exceptional care”; that’s something we are very proud of, and it goes back over a hundred years to our founding mission. Bon Secours means ‘good help’ in French and is about giving help to those in need.”

Significant capital projects delivered as part of the plan included a new €77 million cancer centre in Cork including state-of-the-art radiotherapy facilities and a new cardiology centre in Galway with a new catheterisation laboratory, as well as expanded endoscopy services and additional theatre facilities in Tralee.

Major projects such as these may command the headlines, but Maher explains what their execution means for everyday patient care.

“The new cancer centre made the news, but in reality the centre offers more than just cancer care,” he says. “What we also put in was a new intensive care unit, new operating theatres and a new day ward and three floors of new en suite single-room accommodation. This prevents a large number of patients having to travel outside Cork for radiotherapy services. We are providing patients with world-class care locally.”

BSHS was already the biggest private hospital group in the country, but the plan saw further growth and expansion, with the acquisition of Barringtons Hospital Limerick giving the group a presence in the city. Despite the sheer scale of the investment, Bon Secours is already seeing the impact on the bottom line, Maher says.

“Since we launched the plan, we have grown revenue by €70 million which is a huge achievement that any business in Ireland would be happy with. As a not-for-profit organisation, that goes back into expanding and improving our services,” he explains.

This goal also saw the development of a specific patient engagement strategy, and this means patient feedback is now actively sought from every patient who is treated within the Bon system, whether as an inpatient or day patient. The internationally validated survey system used gives a “net promoter score”, which is essentially a measure of customer satisfaction.

“We are getting scores in the high nineties, which is absolutely tremendous,” says Maher. In addition, more granular details of customer feedback are swiftly acted upon. This ties in with another of the strategic goals – to be a healthcare provider and employer of choice. Obviously, staff engagement is critical to the latter part of this objective, and Maher is effusive when explaining the high regard in which the system’s 3,000-plus staff are held.

“As part of the plan, we introduced a group director of HR who helps drive our people strategy and we introduced a staff awards scheme which is very popular – staff are nominated by their peers for various different awards, and we hold an ‘Oscars’ night to celebrate all that is good and further share best practice across the group,” he says.

Of the 20 initiatives contained in the plan, 18 have already been delivered and the BSHS is working on the final two as the plan nears its completion. The 2020 plan is also seen by the chief strategy officer, Lynn Guthrie.

Yet the group is already looking ahead to 2025, and Guthrie is already working with the board and senior leaders across the group to develop its next five-year plan which will be launched later this year. The difficulties of future-proofing such a plan in a tumultuous healthcare environment are very real, admits Maher.

He says challenges ahead include a growing ageing population, difficulties in recruitment and the war for talent, and the unknowns in relation to Sláintecare.

If Maher had one wish, he would like to see the public and private hospital systems in Ireland working more closely together.

“One of the goals of the 2020 plan was to build stronger relationships and partnerships,” says the former chief executive of the Saolta and RCSI Hospital groups.

“I used to work in the public sector and I am very proud of the public services but I know what strain they are under and I know what people expect from them. I don’t think it should be an issue of private vs the public, I think we should be working together for the good of patients because nobody wants to see their mother on a trolley for 48 hours or their father waiting two years to have their hip replaced. The answer is to see where we can work collaboratively, and we are hoping to work with whoever is in power to figure out how to best serve patients because they are you and me.”

While the BSHS will continue to evolve to meet these challenges, the fundamentals of its approach will ultimately never change, Maher says.

“We are looking ahead to see not only how we can thrive but that we continue to sustain the growth we have been enjoying while delivering the best possible care and ultimately stay true to our founding mission.”