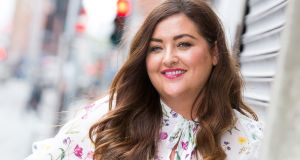 Confidence and knowledge are the keys to success, according to Jules Fallon. Certainly they have served the founder of 1st Option, a model agency, well despite an inauspicious start.

Fallon, who is from Beaumont in Dublin, didn’t sit her Leaving Cert. “I was asked to leave in 6th year because the school reckoned I had too many absences,” she says.

The reason for her poor attendance record was that she had started modelling part time aged just 15. While her parents were upset about the abrupt end to her formal education, she was pretty insouciant.

“I was very independently minded,” she explains. So, even though her parents banned her from modelling in the hope that she’d enrol in another school, she had other plans. “I had always been very good at art so I got a job as a graphic designer instead.”

She continued modelling too but, by the age of 21, was ready to move on. “It became increasingly obvious to my agent, Eddie Shanahan, that I wanted to be on the other side of the camera, so he gave me a job as a model booker.”

She stayed four years and says she learned everything she knows about business from him. Her first enterprise was a “personal grooming” school that put a strong emphasis on health and nutrition. This being more than two decades ago, it’s fair to say she was ahead of her time. Her courses included practices such as the Alexander Technique, designed to help reduce stress. Though she started out giving classes to individuals, pretty soon corporate clients were coming for grooming and presentation classes for their staff.

It’s all about giving people confidence and that is something that is not bound up in physical perfection, she points out. “I’m a very confident individual. I’m also a big curvy woman. But I have a lot more confidence now than I did when I was a skinny model. I probably have more self confidence than most supermodels.”

For her, confidence comes from that compelling mixture of knowledge and passion. When someone has both, they are unbeatable, she says.

Never afraid of change, even though her first business was doing well she closed it down to work as a stylist instead, with clients such as US country singer Garth Brooks, before changing tack again and opening up 1st Option, 21 years ago.

With the help of IR£5,000 from her mother, she rented offices on Dame Street and hired her first member of staff. What was radical about the agency was that she didn’t just book models but acted as an agent for photographers, hair stylists, make-up artists and fashion stylists too. It was an innovative move but it worked. Clients, and revenues, rolled in.

On the model front her USP was to find unique Irish talent and send it abroad. And over the years she has launched a number of successful Irish models, including Sorcha Tunney, who went on to work for Amnesty International.

When the downturn came she pivoted in a number of new directions, becoming a regular on TV and styling herself the “shopping centre queen”. Working with the likes of Blanchardstown, Liffey Valley and Jervis Street shopping centres, she branched out into personal shopping services, styling master-classes and fashion events. It worked. Her order book on the shopping centre front fills up months in advance.

While many business owners found the recession challenging, she relished it. “Prior to it so many of us were sitting back and letting the business come to us. Recession forced us to get back out there and reinvent ourselves, and more than anything I love a challenge. I also love seeing results. It’s all about results for me, whether it’s a photo shoot or money in the tills in a store.”

Loving what she does helped. “My career advice to women is always to find the one thing in the world you love more than anything and that you know most about, and pursue that,” she says.

“If you have knowledge and passion, you will succeed. I remember as a 15-year-old having a girl-crush on Sonya Lennon of Courtney Lennon. She used to work in a shop called Firenze in the Westbury Mall and her knowledge about fashion used to blow me away. I wanted to be like her.”

Don’t be afraid of failure either. “I don’t see mistakes, I honestly only ever see a learning curve. My glass is always half full. Of course it helps that I’m not saving lives here, but I really feel that if you make a mistake you should learn from it and move on.”

Having three kids sorts her work/life balance for her. “I often wonder if I’d have been as good a mum if I was a full-time mum and I don’t think I would be – and that’s okay. You do what works. In my case it meant bringing babies with me to boardroom tables and to TV shoots.”

Making things work comes easily to Fallon. What doesn’t come easily is accepting the word “no” in business. “It’s the one thing I cannot handle. It sounds like a foreign language to me. I just don’t get it. I’m thinking, ‘What do you mean no?’ And, because I love a challenge, that’s it – I’ll keep going until I’ve turned it into a yes.”

Be One. Inspire One, sponsored by Ulster Bank, is a series that appears monthly in print and online that tells the stories of successful Irish women and what it is that inspires them.

The series is being supported by Ulster Bank, which understands the need for flexible solutions for busy professionals. “Ulster Bank Private Banking allows you the flexibility you need by saving you time and helping you to manage your personal banking from wherever you are,whenever you want, leaving you free to focus on the things that really matter in your life,”says Sandra O’Rourke, relationship manager with Ulster Bank Private Banking. See ulsterbank.ie.

We’re bringing the Be One, Inspire One series to life in Cork on October 18th. It is your opportunity to hear the stories of some of Ireland’s female wavemakers in business. Learn about their top tips and motivations and hear the advice they would give others starting out. The event commences at 7:30am in the River Lee hotel.

For more information and to buy tickets see irishtimes.com/inspireone