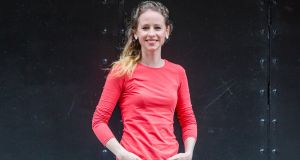 Elva Carri: “All these other women were in the same position as me and just wanted a good night out”

Entrepreneurship is creativity in action. It’s a fact Elva Carri, founder of global women’s online community GirlCrew, personifies. Setting up the business was a natural progression from her early years as an installation artist and student of fine art in Limerick.

Her business “lightbulb moment” came in 2014 when she found herself in need of a girls’ night out but, having only recently returned to Ireland, had no available friends to share it with.

Today GirlCrew communities are active in 46 cities worldwide, with more than 90,000 women using the online platform to find one another and enjoy a great night out.

Together with management team – and early GirlCrew members – Pamela Newenham and Áine Mulloy, she now heads up a fast-growing tech-based social business that is attracting investor attention in Ireland and the US.

That things have turned out this way should be no surprise to Carri, whose parents inspired in her a sense that anything is possible if you’re determined enough.

“Both my parents are very creative and went back to education, through the Open University, to retrain and develop new careers later in life,” says Carri. Her father, a former cabinet maker and woodwork teacher, retrained as an art therapist. Her mother, a nurse, “did courses on everything from reflexology to horticulture” before graduating as a psychologist.

They instilled in her a strong sense of the infinite variety of human potential. “They really inspired me because they are both so driven, but not just in one specific area.”

After college Carri moved to Melbourne, where she worked as a street artist and studied graphic design. When she returned to Ireland in 2011 she landed a job in a digital design agency, but in 2013, before the recovery kicked in, was made redundant. “It was a shock to the system but I’m an optimistic person by nature and good at adapting and making the best of whatever situation I’m in. I don’t tend to stress.”

Instead she took action, freelancing for a publication aimed at health food shops. In her spare time she set up two online businesses designing, making and selling draught excluders and upcycling fancy notebooks. Neither made money but both were invaluable. “There is no margin in notebooks but I enjoyed setting the businesses up and seeing how it all works.”

The biggest lesson was how much administration is involved. “I thought I’d be spending my time making beautiful things, which is what appealed to me. What I learned is that 90 per cent of your time is actually spent running the business – figuring out how to sell, how to get into shops, general operations. That’s a fact of life in any business so it’s important to be aware of it before you start.”

Having returned to Ireland at a time when many of her female friends had paired off, moved away or were having kids, getting a social life off the ground was proving harder than starting a business.

Facing into another Friday night in, she once again came up with a creative solution, going on dating app Tinder in search of other women in the same boat. “I just said ‘I’m single, I’m straight, does anyone want to go out dancing?’ It felt a bit weird but I’m brave by nature, and the fact that I had 100 matches within 24 hours showed me I was on to something. All these other women were in the same position as me and just wanted a good night out.”

She launched the business officially on International Women’s Day 2014. Today a growing number of women around the world use the GirlCrew app to organise nights out dancing, go to the movies or set up everything from crafting clubs to hiking groups, as well as to just meet up for a chat. Revenues are growing too.

Her advice to any woman looking to create a business is to build out a team whose skills complement her own. “I find talking to members easy because I relate to them, for example, but I find pitching to investors more difficult,” says Carri. “No one has all the skills required to build a business so accept that you need people with different skill sets, choose people who are different from you but who you are comfortable with – and leave your ego outside.”

Her ambition is to scale up the business successfully, exit and start again.

“I’m very into women’s rights in developing countries, places where there is such a huge gap between the experience of men and women, boys and girls. It’s something I’m really thinking about.”

Certainly, if there’s a creative solution to be found, there’s no better woman to find it.