Mind the Gap: women’s attitudes towards pensions must change

To close the pensions savings gap we need to raise awareness of the importance of saving as young as possible for both genders, but particularly for women 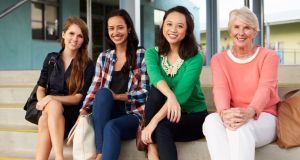 Women are far less likely to save for their retirement than men, according to new research carried out by Aviva. The research shows that men are much more aware of pensions and the benefits of saving.

This is partly a legacy issue arising from the marriage bar which, until it was abolished in 1973, forced many women to leave the workforce when they got married. But women also tend to take more career breaks either to have babies or to care for young children or elderly parents.

On the other hand, women live longer and without income from pensions to supplement welfare payments, they are more vulnerable to poverty in their retirement, says Aimee Scriven, retirement solutions proposition manager at Aviva.

“Women’s attitudes towards pensions need to change. We want young women going into the workforce to have a really clear view of what they need to set aside throughout their working lives to enjoy a decent standard of living in their retirement,” she says.

The research, which was carried out by Ipsos Mori as part of Aviva Ireland’s Consumer Attitudes Survey, found that  almost half of women, as against just  27 per cent of men, say they don’t understand pensions and investments*. A quarter of women admit they haven’t considered how much they would need for a comfortable retirement and yet they worry about not having enough.

Aviva published its ‘Mind the Gap’ Pensions’ Report last year which found that Ireland’s annual pension savings gap (that’s the amount of money people are currently saving for their pension versus the income most likely needed to provide an adequate standard of living in retirement), increased from €20.2 billion in 2010 to €27.8 billion in 2016. This means that Ireland has the joint-second largest pension savings gap in Europe**.

Raising awareness among women about the need to prepare for retirement is a must in order to encourage people to close that gap, says Scriven.

“The pension gender gap is caused by a number of factors: women are more likely to take career breaks, for things like maternity leave. Another factor is that almost 70 per cent of part-time workers in Ireland are women. That has a huge impact on their contributions to any kind of occupational scheme and also, on their entitlement to the contributory State pension as well,” she says.

She says some women still hold an old-fashioned notion that they can rely solely on their husband for financial security. “A lot of women in their fifties are in that space and are possibly thinking there is no point in doing anything about it now, that it’s not going to make any difference, starting to save towards a pension. We would say absolutely not, saving for five years is better than saving nothing.

“If I look to my own family, my grandmother had nothing to do with the home finances, then to my mum who might have had a bit more to do with it. But she never worried about a pension as that was my dad’s job, to earn the money and bring in the pension. I am in my very early thirties and I’m very much more clued in about pensions and I’ve been saving into mine since I was 18.”

Scriven says younger women do think differently when it comes to pensions but more needs to be done to inform the next generation. She says children need should be taught in secondary school about the importance of forward planning and saving for their future.

“We need to start the education process around pensions at a much younger age for both genders, but particularly for females. The world has changed and women are much more self-sufficient and independent. Things like how long they take out of the workforce for maternity, that’s never going to change, so it’s the things they can do to help themselves and to be mindful of that when they’re thinking about what retirement is going to look like for them.

Ann O’Keeffe, Aviva’s head of Individual Life and Pensions welcomes the recent announcement by the Taoiseach, Leo Varadkar, that a system of auto-enrolment in a pension scheme for all private sector workers will be in place by 2021.

“As we pointed out in our Mind the Gap Report, such a move will raise the level of coverage across the population. But the devil will be in the detail: we look forward to further information when the Government publishes its five-year Pension reform roadmap before the end of the year. It is important that the level of contributions to the proposed universal scheme should be adequate to fund retirement for private sector workers, men and women alike.

“Thankfully, we are all living longer, more active lives and our good fortune in this respect should not become a financial burden. That is why we need to ensure that women - as well as men - understand the benefit of financial planning as early as possible in their careers. It is the responsibility of all of us who work in the pensions’ industry to ensure that we play our part in educating women about pensions,” she says.

To find out if you’re saving enough towards your retirement, or if you’ll be faced with a gap in your funds, visit mindthepensiongap.ie