Mitigating the risk: The impact of terrorism on businesses

The changing nature of terrorism has impacted the world in many ways, today businesses need to understand the risk posed by terrorist attacks to their people, property and technology 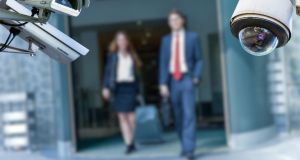 According to a Vintech study, London is the second most watched city in the world, after Beijing, with 420,000 CCTV cameras. Photograph: iStock

In today’s volatile and unpredictable world, those who protect us from security threats such as terrorism can take a great deal of credit for successfully, and often unobtrusively, reducing our vulnerability to attack, as well as disrupting attacks. According to the US National Security Agency (NSA) over 50 potential terrorist attacks on the United States have been thwarted due to surveillance.
From sophisticated surveillance algorithms, highly-engineered security barriers disguised as public benches and significantly advanced online monitoring, the architects and implementers of protective security have undoubtedly made our lives safer.
According to a Vintech study, London is the second most watched city in the world, after Beijing, with 420,000 CCTV cameras.
Chicago, Houston and New York are said to be the US cities with the highest number of surveillance cameras as intelligence services are increasingly making use of high-tech tools, including facial recognition and voiceprint, to monitor suspects and intercept communications.
However, even the most intuitive protective security measures can be overcome. Modern day terrorists are highly-innovative and spend a great deal of time doing research, identifying vulnerabilities and developing new ways of defeating counter-measures. In protective security and counterterrorism, as in other fields, there is a knowledge curve, and terrorists strive to be ahead of it. It is also abundantly clear that terrorist groups such as ISIS have the ability to inspire acolytes through online propaganda which is another significant challenge we now face.

While the chance of getting caught up in a terrorist attack remains extremely low, businesses need to consider the safety of their employees as they go about their day-to-day business. They also need to consider their response if indirectly affected, for instance if transportation systems or city centres are shut down in the aftermath of an event.
Organisations, particularly those with staff working abroad, need to be aware of the changing nature of the threat, invest in safety training and make it easy for their employees to communicate with them if an incident occurs.
It is clear that many business leaders are already alert to the threat and in the last few months, it is something we have noticed ourselves in the conversations we are having with clients. According to research carried out by AIG and Ipsos MORI in the UK in 2016, 40 per cent of business leaders are fairly or very concerned about the vulnerability of their people to terrorism. 37 per cent were concerned about terrorism impacting their business premises while a significant 55 per cent were concerned about the impact of terrorist activities impacting computer networks.

The statistics show that concern is not without good reason when you consider the secondary economic impacts relating to terror attacks. In the aftermath of the June 3rd attacks in London, the closure of Borough Market for 10 days resulted in a loss of approximately £1.4M.
In France, the GDP contribution from tourism fell by $1.7 billion between 2014 and 2015 in the aftermath of the January 7, 2015 Charlie Hebdo shooting and the November 2015 Paris attacks. Meanwhile in Italy, which had no deaths from terrorism during that period, the tourism sector grew by $4.9 billion, while in Tunisia tourism revenues were down 35 per cent year-on-year after the Sousse attack in which 39 holidaymakers were killed.
Looking at the overall picture, the latest figures show that in 2015, the global economic impact of terrorism reached $89.6 billion, decreasing by 15 per cent year-on-year, but still the second most costly year for terrorism since 2000. The economic impact of terrorism remains relatively small in comparison to other forms of violence, and is highest in countries where armed conflict is ongoing; however in 2015 and 2016 costs relating to terrorist activities spiked sharply in OECD countries, reflecting an increase in deadly attacks.
Ultimately, while there are people out there whose sole responsibility is to keep us safe and they are doing a fine job, companies need to understand the impact of risk in light of the world in which we now live, and the changing nature of terrorism. They also need to be aware of their duty of care to ensure the safety of their employees and their assets. In summary, businesses need to focus on preparation and planning – planning for their people, their property, and their technology.
Cahir Doherty, head of property & specialty lines, AIG Ireland.